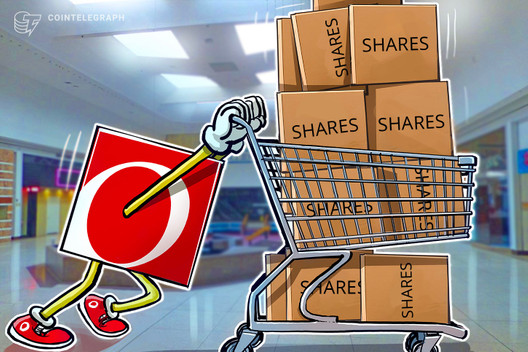 Speaking of the firm’s interest in being a part of tZERO’s initiative, chairman of GoldenSand Capital Sonny Wu stated:

“We plan to continue to collaborate with tZERO on strategic opportunities and are interested in partnering our wealth of industry connections across Asia with tZERO’s tokenization protocol technology.”

There was, however, no mention from tZERO as to how the company plans to utilize the proceeds from GoldenSand Capital.

tZERO is heading at full pace towards attaining its 2020 goals. In a letter sent to its investors in January this year, they announced that the company’s most important objective in 2020 is to launch a broker-dealer platform by June.

tZERO along with Box Digital Markets is working on a security token exchange dubbed Boston Security Token Exchange (BSTX). According to the latest report, the exchange is still in the process of getting approval from the Securities and Exchange Commission.

The SEC said in its letter to the parent companies that they require more time to analyze whether BSTX will be compliant with all regulatory requirements under the U.S. Securities Exchange Act of 1934.