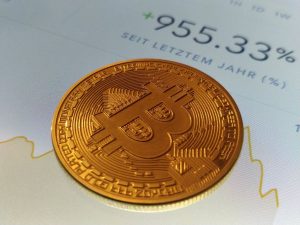 Tough times lies ahead of Nordea bank employees. The Danish bank with assets under management (AUM) exceeding $350 billion and one of the top 20 largest banks in Europe-and the world, is free to bar its employees from investing in Bitcoin-and other cryptocurrencies, reports Bloomberg.

This is after a Copenhagen court ruled in their favor, effectively justifying the bank’s previous claims that Bitcoin and digital assets are far too risky due their unregulated nature. Their previous circular also mentioned that Bitcoin is a tool for facilitating criminal activities, including money laundering.

Bank’s Win Could be short-lived

With a net income exceeding $3.2 billion and over 30,000 employees, the court ruling is a blow to aggressive employees who would otherwise do their due diligence and invest in one of the decade’s high potential asset is frowned upon by most banks. Bitcoin, unlike banks, operations are anchored on disintermediation and complete decentralization.

On chain transactions are cheap and global, meaning the recipient can receive funds in a couple of hours. Although banks and the political class reiterate that BTC and privacy coins are agents of criminal activities, the scale of bank fines prove otherwise.

The USD is the most used asset globally for both drug trade and money laundering. Cash is far easier to use anonymously and without oversight than bitcoin. Law enforcement loves cryptocurrencies that have public ledgers of all transactions.

The bank’s union chairman, Kent Petersen, has since filed a suit, opposing the court decision.

“We filed suit because of the principle that everyone obviously has a private life and the right to act as a private individual. It was important for us and our members to establish what rights managers have. In this case, it was more far-reaching than what we find to be appropriate.”

Case in point, in May 2017, Nordea Bank booked a €95 million provision in anticipation of a fine, joining the likes of Danske Bank and Swedbank, for their alleged involvement in money laundering. The booking was partly an acknowledgement for their weak enforcement of KYC and AML rules.

Then, its CEO Casper von Koskull, in a statement said:

“Harmonisation of antimoney-laundering rules and supervisory practices is necessary, and we would support the creation of an EU-level agency, with the purpose of combating money laundering and financial crime.”