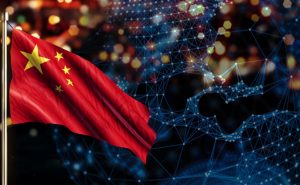 In late September 2018, the central bank of China, PBoC, announced the launch of their blockchain project to improve the payment transactions across banks and financial institutions. Well, according to a new report released by an affiliate to the PBoC, the banks’ response has been nothing but exceptional with over 30 banks taking up the blockchain.

The report released on Feb. 21 says the banks are using the official government’s blockchain to carry out trade and finance as the bank extends its efforts to promote the revolutionary technology. As of the end of December, the blockchain has integrated 38 banks on its platform, with a combined business transactions of 87 billion yuan (~$12.4 billion U.S. dollars).

The PBoC has been studying blockchain technology and its applications in the world of finance across China since 2014. China’s government and financial authorities have been supporting blockchain development in the country too setting up the technology as a strategic frontier in a national plan back in 2016. The industry and information technology ministry released an action plan to encourage research and exploration in the area in 2018.

After studying trade and finance as the main use of the blockchain, the bank launched the first sovereign blockchain in 2018, registering a couple of patents along the way. So far, the country ranks as the largest blockchain patent holder in the world.

The PBoC maintains the bank will not support any public blockchain yet as it focuses on its own blockchain project. So far, its blockchain project that offers multi-stage accounts receivable financing, a fast track for rediscounts and supervision over foreign trade payments is on the rise. Watch out for blockchain adoption across China.