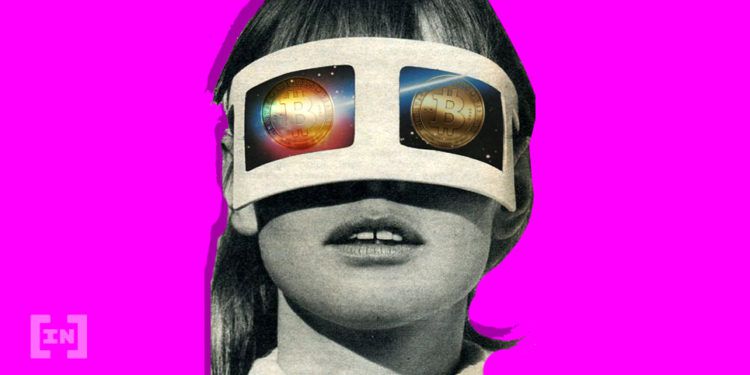 The Bitcoin price has been decreasing since it reached a high on May 8. It has reached an important support level, a breakdown from which would indicate that the upward move beginning on March 13 has ended.

Well-known cryptocurrency trader @CryptoCapo_ outlined a bearish wave count for BTC that shows that the price is nearing the end of this retracement and will eventually break down from its channel.

He stated that the current movement is a retracement rather than an impulsive formation since the price is trading inside a perfect channel:

A perfect channel means that this is not an impulsive pattern.

This means that if the current movement was an impulsive pattern that would eventually lead to higher prices, the price would have over/under-thrown the resistance or support lines of the channel before moving back inside it.

In the image below, we have outlined a possible wave count since the March 13 low, in which BTC has already completed a W-X-Y correction. It is possible to draw a parallel ascending channel which encompasses all of the highs and lows, however BTC has just broken down from it.

Therefore, while this could definitely be a W-X-Y correction that has been completed, and the price will move downwards as a result, the parallel channel does not seem like a valid enough reason to make this claim.

If the upward movement is considered a correction, than the ensuing downward movement would be the impulsive formation, and BTC would soon decrease at an accelerated rate, once it breaks down from the possible ascending support line it has been following since March 13.

However, the price is still following the aforementioned ascending support line and is trading near the horizontal $8,550 support level. Until the price breaks down from it, the possibility that this is an impulsive five wave formation is still there.

If so, the price is currently in wave 4, which is correcting inside an a-b-c-d-e triangle. A breakout above the dashed resistance line would increase the likelihood that this is the correct formation.

To conclude, the BTC price is trading at a crucial support level. Whether it breaks down or bounces from it will be pivotal in determining the direction of the future trend.