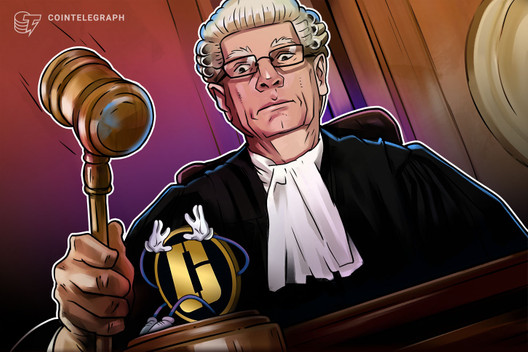 Konstantin Ignatov is probably breathing a sigh of relief today.

Konstantin Ignatov, co-founder of major cryptocurrency exit scam, OneCoin, initially faced up to 90 years in jail after pleading guilty in November 2019. Now, however, it seems that Ignotov is no longer one of the key defendants in legal actions brought by victims of the $4 billion scam, according to a report from Finance Magnates on Aug. 7.

While the details of the court settlement remain unclear, court documents indicate that the case will continue to target another key OneCoin figure — Ignatov’s sister and business partner, Ruja Ignatova. She went missing in 2017 after a secret U.S. warrant was filed for her arrest. In representing all investors who suffered major financial losses in the $4 billion scam, Berdeaux and Grablis said that they are still “not impeding in any way” further prosecution against other defendants.

In April 2020, a U.S. court judge warned plaintiffs that the class-action lawsuit could be dismissed unless they provided good reasons for not doing so. Previously, the New York Southern District Court also postponed Ignatov’s sentencing for three months at the request of the U.S. government.

While the exact reasons for settling the case are not clear so far, Ignatov is known for speaking against his missing sister. In November 2019, Ignatov revealed that she obtained a passport and tickets to Austria and Greece from her home in Bulgaria before disappearing in 2017. Ignatov also allegedly hired a private investigator to find Ignatova, but he claims to not have spoken to her since she disappeared.