One Step Forward and One Step Back: Why Is Russia’s Crypto Regulation Treading Water? 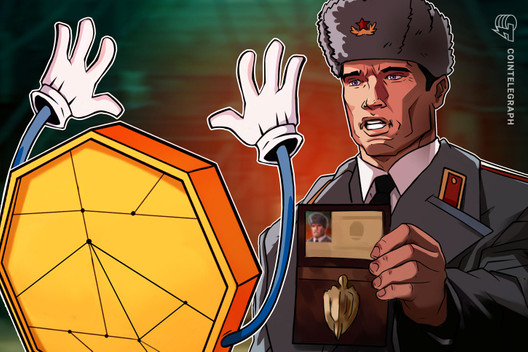 Some Russian regulators propose a blanket ban on digital asset trading, but the country is too far along the path of crypto adoption.

Russia has long been home to a vibrant crypto retail market, yet the nation’s regulation of digital assets still lags behind. As a spate of stakeholders and disparate regulatory authorities struggles to figure out a coherent policy framework within a bureaucratic system, much of the cryptocurrency industry remains outside the realm of regulated economic activity — to the chagrin of many entrepreneurs.

The central piece of crypto legislation — a bill called “On Digital Financial Assets” (DFA) — progressed through its first round of debate in Russia’s legislature in May 2018, but has remained in the works ever since, stranding the local crypto industry in legal limbo.

Past few weeks saw a spike in regulators’ activity, triggered by the leak of proposed amendments to the bill that revealed a sharp prohibitive turn. Could this be an unpleasant endpoint in the authorities’ regulatory thinking, or is it merely another twist on the rocky road to a uniform approach to cryptocurrencies?

The origins of Russian crypto law

It’s tough to find material on Russian governmental institutions’ stance on cryptocurrencies before October 2017. An unsurprising exception is the Central Bank of Russia (CBR), which issued its first statement on digital money in early 2014.

The regulator said that issuance of “money surrogates” was against federal law, and warned that exchanging “virtual currencies” for fiat money or goods and services could be viewed as a suspicious activity under anti-money laundering and terrorism financing regulations. CBR’s opposition to legalizing circulation of cryptocurrencies has not faltered ever since.

As the rate of adoption exploded, it became clear that the emerging sector requires specialized legislation. In October 2017, President Putin charged the government and CBR with legally defining financial technology concepts such as distributed ledger, cryptocurrency, token and smart contract, as well as developing regulatory frameworks for crypto mining and initial coin offerings (ICOs).

According to some experts, regulators approached the task as a box-ticking exercise. Artem Tolkachev, founder and CEO of digital asset investment platform Tokenomica, told Cointelegraph:

“Given the Central Bank’s prohibitive stance and other lawmaking actors’ lack of expertise with the subject, the [presidential] order has been executed in a purely formal fashion — with the view to ostensibly develop regulation while refraining from taking any tangible decisions in the text. The resulting bill, “On Digital Financial Assets,” has gone through several editions, but it never got close to regulating the most pressing matters: the legal status of cryptocurrencies, rules for their exchange, the use of utility tokens for fundraising, rules of compliance and identification for digital asset holders.”

In order to become federal law, legislation has to pass three readings in the State Duma, Russia’s parliament. The original version of the DFA bill, registered with the Duma in March 2018, contained definitions of terms such as digital financial asset, distributed ledger of transactions, mining, cryptocurrency, token and smart contract. In May, the bill passed the first reading, only to get stuck in the now two year-long revision process ahead of the second.

Apparently, amendments introduced to the bill between the readings became a battleground for various interested parties within and close to the government. George Bryanov, an expert at the faculty of finance and banking at The Russian Presidential Academy of National Economy and Public Administration (RANEPA), told Cointelegraph:

“The bill’s inhibition is due to, among other things, the sheer number of stakeholders. There are big mining companies like Nornikel and Rusal that could make use of security tokens, the CBR that wants to retain monopolistic oversight over the entire financial market, and security and revenue services that are concerned about theAnti-Money Laundering/Combating the Financing of Terrorism (AML/CFT) aspect.”

The fog of war dims much of the power dynamics underlying the bill’s transformation in the past two years, but we can still observe milestones and tentative outcomes. The version of the text that the Duma’s Financial Market Committee put forward for the second reading was stripped of definitions of cryptocurrency and smart contracts altogether, suggesting that the CBR had the stronger hand in that round.

Another factor that could hinder the legislation’s progress is the Russian crypto industry’s fundamental discontent with some of the principles that the bill codifies. Antonina Levashenko, Director of Russia-OECD Center at RANEPA, explained to Cointelegraph:

“The bill is faltering because it includes some norms with which the business community disagrees. Particularly, it restricts the use of digital currencies in a way that will lead to their illicit use and the emergence of a shadow market. […] There is no provision for trading cryptocurrency or exchanging it for goods and services, which will result in its depreciation. In addition, there are issues with the operation of foreign-based exchanges, whose regulation in Russia is not even discussed.”

It is worth noting that the corpus of Russian law that is supposed to regulate digital asset space is not confined to the DFA bill alone. Anticipating that at least some forms of digital assets will eventually get a legal definition, lawmakers are considering or have already implemented changes to adjacent laws and codes.

For one, a new object of law, called digital rights, was introduced to the Russian Civil Code in October 2019. Digital rights are defined as contractual or other rights whose substance and execution conditions are contained in an information system such as blockchain. The new clause does not offer examples of such rights, but it appears that this norm will act in conjunction with other forthcoming pieces of legislation such as the DFA law.

On the law enforcement side, the Ministry of the Interior and a few other executive agencies are reportedly working on the legal framework to allow confiscation of crypto assets as part of the judicial process.

A turn for the worse

On May 21, 2020, almost exactly two years after the DFA bill passed its first reading, a leaked letter from the Duma’s Financial Market Committee to the Ministry of Economic Development revealed a series of amendments that the MPs proposed to introduce to Russia’s administrative and criminal codes. The measures stipulated heavy fines for illicit use, exchange, and issuance of digital assets and digital currencies. The document’s authors also proposed to qualify the same activities on a grand scale as a felony punishable by jail time.

The leaked package, which became public a few days later, also contained a new version of the DFA bill, as well as a draft of a now-separate bill on digital currencies. The latter defines crypto as property and effectively bans its issuance and exchange. Many industry experts and market participants decried the proposed measures, contending that in the present form they will effectively banish all crypto-related activity from Russia.

The criticism was not limited to the crypto industry, as many departments of the government began weighing in. On June 10, the Ministry of Economic Development said in a letter to the State Duma that the proposed blanket ban would force all crypto operations out of Russia and thus put the national economy at a disadvantage. At the same time, given the transnational nature of digital money, an unregulated black market would emerge. The ministry suggested shifting the overall regulatory approach toward creating mechanisms of controlled exchange of digital currencies.

On the same day, the Ministry of Communications in its own letter to the Financial Market Committee made a similar point about the dangers of creating a massive shadow market should the ban take effect. The department also stressed how the measure could hinder the development of Russia’s blockchain sector, hurt those who already own digital assets, and even negatively affect activities that are not directly related to crypto, such as businesses’ loyalty programs and crowdfunding. Notably, the letter also defends cryptocurrency mining as a “socially beneficial commercial activity.”

A week later, the Ministry of Justice took a jab at the proposed legislation, this time on more technical grounds. The department noted that the blanket ban on exchanging cryptocurrency is at odds with the need for court enforcement officers to be able to sell digital assets confiscated in judicial proceedings.

Elina Sidorenko, the Head of the State Duma’s task force on the assessment of risks posed by cryptocurrency, wrote in her Telegram channel that the prohibitive bill has “sprung a leak,” as it was deemed “unsatisfactory” by the majority of government and industry experts. She added that it is unlikely that the parliament will make any progress on this front during the summer, and suggested that the industry brace for the fall legislative session.

Anatoly Aksakov, the Chairman of the Duma’s Financial Market Committee, acknowledged that the digital currencies bill proved contentious, which warrants further discussion. However, in his opinion, the “positions are consolidated” in the digital assets bill, making it a likely candidate for a speedy enactment.

The overwhelming negative response to the proposed blanket ban on cryptocurrency trading illustrates the diversity of views on cryptocurrency in the highest tiers of the Russian political system. While the Central Bank remains adamant that there is no place for digital money’s legal status, many other state institutions share a clear understanding that sweeping a whole thriving sector of economic activity under the rug will do more harm than good.