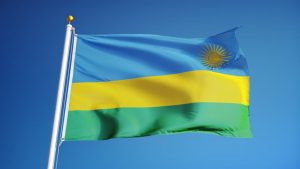 As one of the fastest growing economies in Africa, Rwanda aims to keep up with the rest of the world on matters in blockchain as it becomes the latest state to allocate a portion of its budget to the industry. According to reports from New Time Rwanda, a local publication, part of the allocation to the ICT ministry will go to blockchain.

According to the report, the country will fund research and development in blockchain under the ‘Emerging Tech Policy and Strategy’ plan controlled by the Ministry of ICT and Innovation. The plan was released on Dec. 11 by the minister of ICT in the country, Paula Ingabire, with a special focus on the fourth industrial revolution technologies.

Speaking during the reveal of the plan that will include artificial intelligence, IoT, machine learning and blockchain, she said,

“Blockchain, just like the whole list of fourth industrial revolution technologies is one of the areas that we are very supportive of as a government and how we build that industry and grow it over time.”

Rwanda has been a leader in the East African region in development and research of blockchain technologies. Earlier in the year, the ministry launched its regulatory sandbox in a bid to set controls and measures in the field in a bid to be the continental hub of innovation – similar to Singapore.

The landlocked country has made massive steps in the field in the past few years, launching its first blockchain project in 2018. The blockchain tracks tantalum from the pit-face to the refinery allowing data of minerals to be recorded on an immutable platform. Furthermore, the National bank of Rwanda, plans to launch a digital currency according to reports.

Blockchain on the rise in Africa

Less than a fortnight ago, Twitter’s CEO, Jack Dorsey, stated that Africa will be Bitcoin’s biggest market in the coming years as potential simmers beneath the motherland. He was not wrong. According to data from Coin Dance, Ghana’s BTC volume hit an all-time high as peer to peer exchanges in the country recorded boosted volumes of over 310,000 BTC, representing over three times the volume in January.

In a broader view, in November the total volume of BTC exchanged across the continent surpassed 2017 highs as Paxful got a hold of the market.

The post One of Africa’s fastest growing economies to fund blockchain development in 2020 appeared first on Coingape.