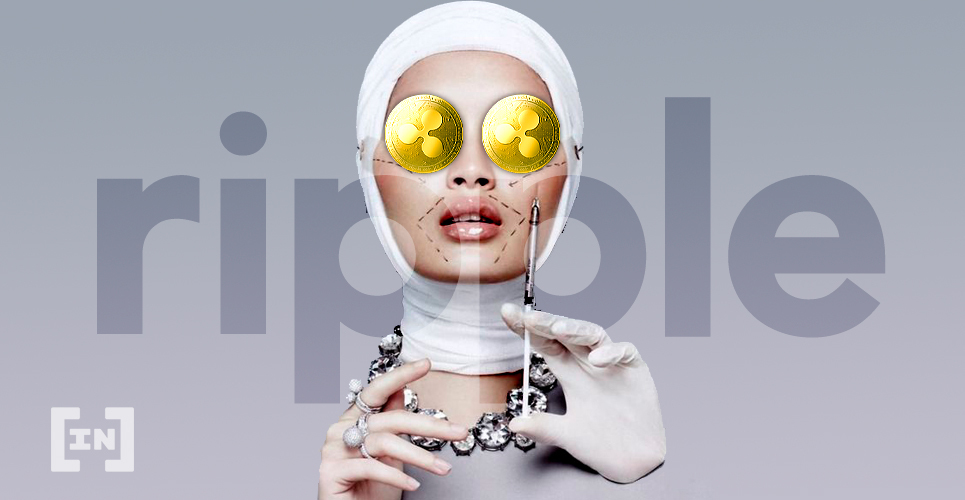 On February 4, the XRP price broke out above a long-term descending resistance line. Last week’s decrease only served to validate this line as support.

On March 1, Ripple unlocked another 1,000,000,000 XRP ($230M) from its escrow wallet, a customary occurrence at the beginning of each month. Slightly prior, cryptocurrency trader @devchart outlined an XRP chart — stating that he would normally enter a long trade at the current level, but is stalling since we are approaching the monthly escrow unlocking.

I usually don't hesitate when I see bullish divergence like this with support confluence but too close to the monthly escrow unlock…. pic.twitter.com/prXIvLhsZX

Will XRP increase regardless of the escrow unlock? Continue reading below if you are interested in finding out.

[Note: This article deals with the XRP/USD pair. For the XRP/BTC pair, click here.]

The breakout is still valid and the price is expected to continue moving upwards. 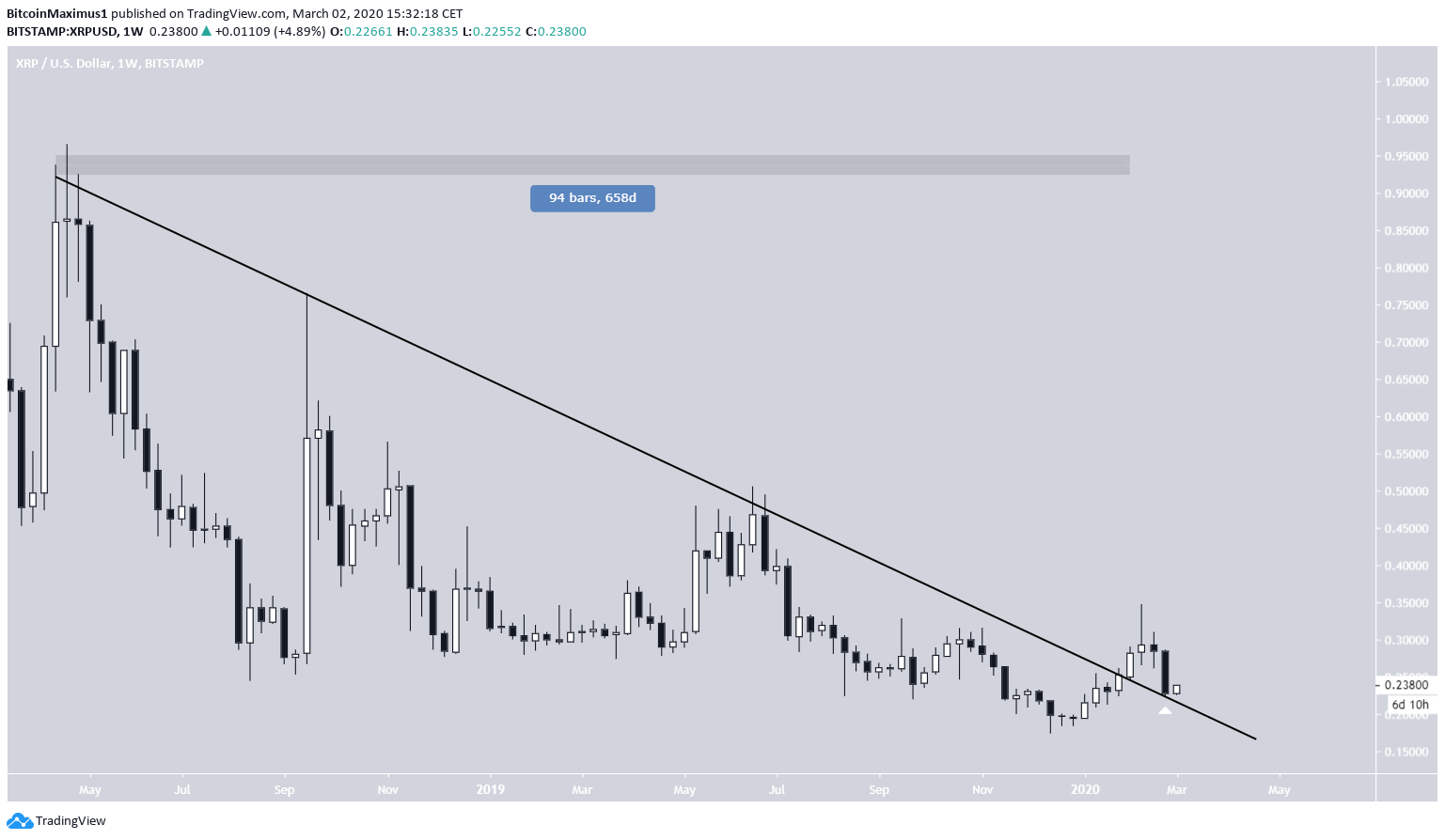 The main support areas are found at $0.23 and $0.20. The XRP price is resting inside the first support area.

There is something troubling that looms over the possible bullish potential of this chart, which is the lack of a bounce once the price reached support. This is very unlike the movement in August and September 2019, when the price initiated very strong bounces. Additionally, the RSI has fallen below 50.

Thus, this time-frame alone shows that, while the price can initiate a relief rally, it is likely to fall more eventually.

This does not invalidate the long-term breakout since the resistance line is descending and the price can make lower lows and still be above it. 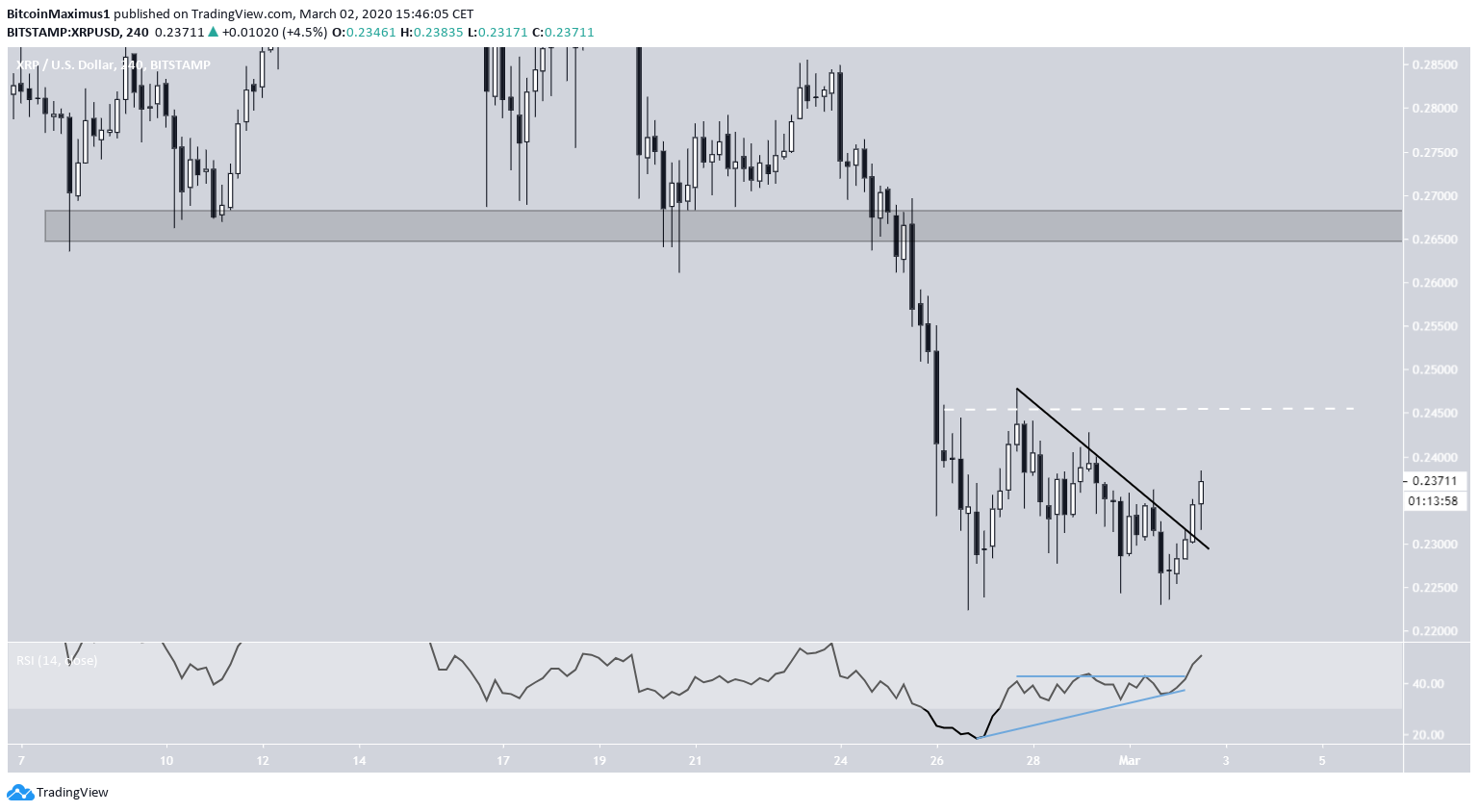 The short-term movement aligns with this possibility.

The XRP price has completed a double bottom, combined with a bullish divergence in the RSI. The RSI has also broken out above an ascending triangle.

The initial target is set at $0.245, at the high between the two bottoms, while the other target is at the previous breakdown level at $0.27. An increase in the entire height of the double bottom would take the price to this resistance area.

To conclude, the XRP price is in the process of completing a short-term double bottom. We believe it will do so and reach the previous breakdown level at $0.27.