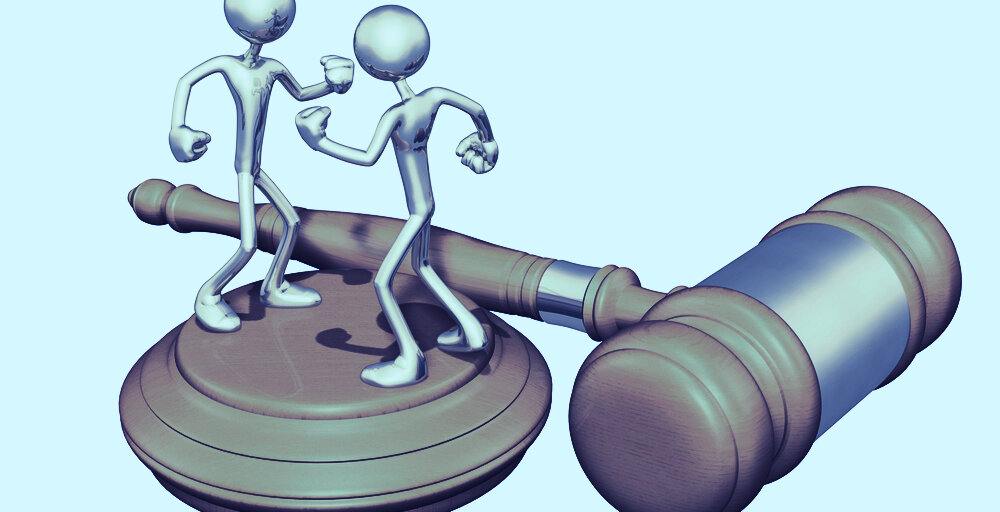 Aragon, an open source platform enabling users to create and launch DAOs,  was built with the vision of helping spur hundreds of communally owned organizations, governed by token-based votes and computer code. But now that problems with one of its own grant recipients have escalated, it’s turning to plain, old, physical courts.

The story broke when Autark posted this May 22 blog post stating that Aragon “filed a baseless legal action in Switzerland against Autark LLC,” a US company, and that it was seeking to nullify the remainder of the grant they were awarded. Aragon replied with its own post saying it stopped paying out Autark’s grant in January “due to breach of the grant agreement,” as the team hadn’t met agreed-upon goals, and that it filed the lawsuit to claim jurisdiction in Switzerland after Autark threatened to sue in the US cofounder Luis Cuende wrote in the post that the former grant recipient is asking for a settlement of $800,000.

Still, Aragon wants to move on, Cuende told The Defiant. “We want to close this as soon as possible. It’s now on Autark to drop their threats and come to their senses,” he said. “Doors are open.”

Aragon raised 275,000 ETH in a 2017 ICO. It used its treasury in part to fund grants programs such as Flock, which was disbanded in February. Autark, a company building tools to enhance DAO coordination, won two grants, AGP-19 and AGP-73, amounting to roughly $2.5M in funding vested over the course of multiple years.

Autark received half of the first tranche of AGP-73 for $200,000 in November, 2019, with the remaining $200,000 agreed to be distributed in January. It was at this time that Aragon stopped making payments and the dispute began.

Autark said in a blog post Aragon’s breach-of-contract claims are “baseless complaints,” and that Aragon stopped payments before giving them a chance to “cure any alleged defects in performance.”

Cuende said on Twitter his team had tried to solve the problem amicably, but that all they got from Autark was the following answer: “Talk to our lawyers.” Cuende also said in a video posted Tuesday that Aragon isn’t using its own court system because, while “it’s great, it’s not recognized worldwide. This Swiss lawsuit is to protect ourselves so they cannot sue us in a  different jurisdiction than where the agreements” were made. Aragon Court doesn’t replace the traditional legal system when there are problems between two legal entities, he said.

For those who don’t know, the Aragon Association has taken legal action against Autark…

This is ugly, but they threatened to sue the Association and claimed a whooping amount of $800k. Read more

The Ethereum community is split between those who support Aragon’s decision to go to the so-called “meatspace” legal system, while others argue the dispute should have been resolved in the project’s own court.

Cuende said in the May 26 video that Aragon Court is meant to resolve onchain disputes such as 51% attacks, meaning that this particular case is not relevant to the Court’s design. Community members have countered this claim, stating that this case is the perfect testing ground for the highly anticipated product.

Regardless of whether the Court is used or not, we’ve seen a number of responses on both sides of the table. Here are a few worth reading.

Hope it chalks up to a sense of, and learnings about, justice for all.

This summarizes well my thoughts too. @izqui9 and @licuende are genuinely good people and their contribution to the ecosystem is massive. Criticizing is easy, building is hard. https://t.co/FJrCKywjQo

the grant was approved by the community

the community had no voice

the promised grant should be paid https://t.co/ZeR5tRbZUe

Still, this is just a drop in the wider bucket of the vibrant DAO landscape.

1/ Why the @AragonProject vs. @autarklabs legal drama is NOT an existential crisis for the DAO space
Thread

If nothing else, it’s fascinating to see the DAO hypothesis playing out live, and cases such as this demonstrating rare edge cases in which community sentiment runs both ways.