NY Regulators to Pair Companies with 'Guardians' for a Conditional BitLicense 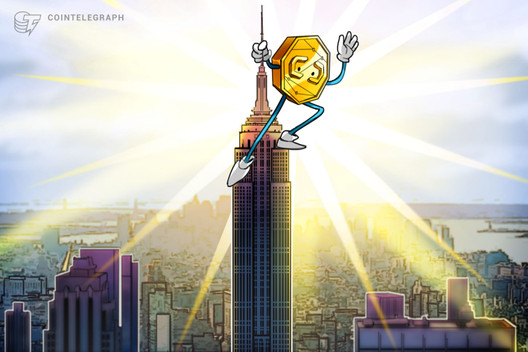 The New York Department of Financial Services is requesting comments on its amendment to the BitLicense that would help smaller companies be regulated.

The New York State Department of Financial Services, or NY DFS, is proposing a “Conditional BitLicense” framework to reform its controversial BitLicense regulation introduced in 2015.

In a request for comment released on June 25, the regulator details its reformed approach to issuing conditional BitLicenses. This license type had already existed since the beginning of the program, but there were no clear rules for accessing it as it was entirely at the discretion of the regulator.

The new framework would allow prospective licensees to collaborate with an existing BitLicense holder to obtain dedicated guidance relating to the structure, capital, systems and personnel requirements.

A clear path toward a conditional license

The proposal would help overcome “actual or perceived hurdles” in obtaining the BitLicense by using the expertise of an existing license holder.

The statement details a general procedure for applying to the conditional license. Applicants must signal their interest in the program by contacting the DFS with an already compiled draft of a service level agreement with a license holder.

The applicant will then be required to provide documents and information as indicated by the DFS, which will be tailored to the specific type of business and the risks presented by its activity.

Should the procedure succeed, the applicant will enter into a supervisory agreement with DFS and obtain a conditional BitLicense. The regulator expects that businesses will eventually pursue a full license.

The program is tailored primarily for smaller startups and “growth-stage companies,” as well as established businesses that want to enter the crypto ecosystem.

The regulator is nevertheless accepting feedback from stakeholders on the proposed program under an August 10 deadline.

New York State’s licensing program has been extensively criticized in the past due to its strictness and complexity. Approaching 2020, the regulator sought to improve on some of the criticism by amending it for the first time in almost five years.

This followed the establishment of a crypto task force in July, which could have spurred the reform.

While some major exchanges operating on U.S. soil, like Kraken and Binance.Us, did not obtain the BitLicense and are thus unable to serve New York-based customers, other companies are still willing to go through the hurdle.

The hurdle could become significant as New York Governor Andrew Cuomo had proposed in January that companies would cover the costs of DFS supervision.