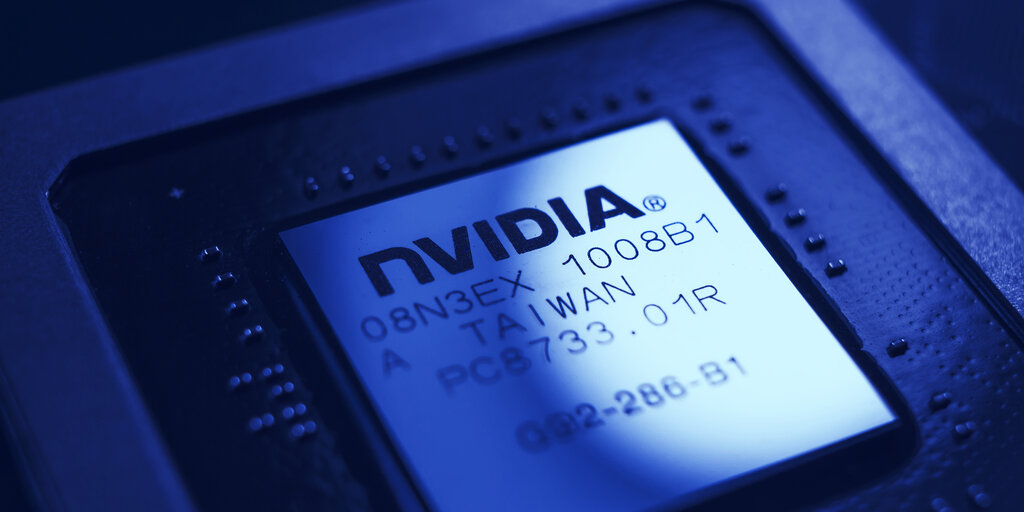 NVIDIA, the graphics chip manufacturer, faces a costly lawsuit from disgruntled investors over its connections to cryptocurrency mining businesses.

Investors have, since the start of 2019, alleged that NVIDIA violated the Securities Exchange Act for failing to disclose its reliance on crypto miners. Their chips are a popular choice for mining rigs, immensely powerful computers that validate transactions on blockchains in return for newly minted crypto.

But a new complaint from investors, who could number in the hundreds of thousands according to court documents filed Wednesday in a California federal court, alleges that NVIDIA understated its reliance on crypto mining by more than $1 billion between May 2017 and November 2018, the date NVIDIA’s stock price crashed.

Business picked up for NVIDIA following the 2017 crypto boom, but the investors claim that NVIDIA never told them the extent of this. The 2018 crypto market crash hurt Nvidia’s profits, and the stock price collapsed when Nvidia forecasted a decline in revenue.

The investors claim NVIDIA misled them into buying up stock because they lied to them about how the company made its money.

Three months ago, a California federal judge said that the investors hadn’t proved this. But in an amended complaint letter, filed this week, the investors cited studies to back their claims.

They wrote: “Prysm Group economists determined that NVIDIA had earned at least $1.728 billion from sales to miners from May 2017 through July 2018—meaning that defendants understated NVIDIA’s crypto-related GPU sales by $1.126 billion during the Class Period, all of which was contained in the Company’s Gaming segment.”

The lawsuit also claimed that NVIDIA estimated that it held over 70% of the Chinese crypto-mining GPU market.

According to the disgruntled investors, NVIDIA “falsely claimed, quarter after quarter, that the gaming segment’s sales growth resulted from strong organic demand from gamers while misleading the market into believing that NVIDIA‘s dependence on cryptocurrency-related revenues was ‘small.’”