Not Satoshi, But Craig Wright Still Threatens a Bitcoin Dump in Billions?

Not Satoshi, But Craig Wright Still Threatens a Bitcoin Dump in Billions? 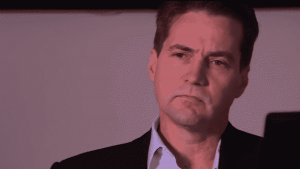 Craig Wright might not be Satoshi, but does he still have the power to dump on the market? In the most recent filing of the Ira Klieman Vs. Craig Wright court case, the plaintiff has moved for a Motion of Sanction. Klieman has moved to penalize Wright and his legal counsel for making false claims in the civil case.

Wright submitted a list of 145 addresses claiming that it belongs to him and that the private keys for each are locked in a trust. However, he added that the funds are inaccessible even to him due to a prior ‘encryption’ arrangement with the trust.

What follows is far less than dramatic. Apparently, the plaintiffs mistakenly released the list of addresses via a public docket. Then, an anonymous message which can be sent only by the ‘real owner’ of the addresses shakes the case. The message read,

Craig Steven Wright is a liar and a fraud. He doesn’t have the keys used to sign this message . . . We are all Satoshi

Andreas Antonopoulos, a Bitcoin educator and early investor filed a declaration confirming the validity of the signatures. The declarations notes,

All 145 signatures are valid.

Now, that it has been publicly proved that it was ‘fabrication’ from the part of Wright’s plea, the plaintiff is moving to expedite the original claims which Wright seems to be deviating from so far.

Nevertheless, with all the noise around Satoshi’s identity, and purgery in court, the claim is still consistent. Ira Klieman is the brother of the deceased (in 2013) Dave Kleiman, who is alleged to have developed Bitcoin and mined around a million Bitcoins early during 2009-2011 in partnership with wright. The original complaint contends that the plaintiff is entitled to at least 300,000 bitcoins, along with their forked assets.

Also, read our report on a previous court order: Craig Wright Ordered To Give Up 50% Of His BTC Holdings worth Billions by Court

Therefore, even if one ignores the claims on Satoshi Nakamoto, the courts are likely to rule in favour of Klieman. Does this mean that Wright is/was in possession of at least over 600k Bitcoins? If yes, has he spent it already or is hiding it from the law looking to avoid payment of around $3 billion?

How do you think the courts’ decision will affect the markets? Please share your views with us.