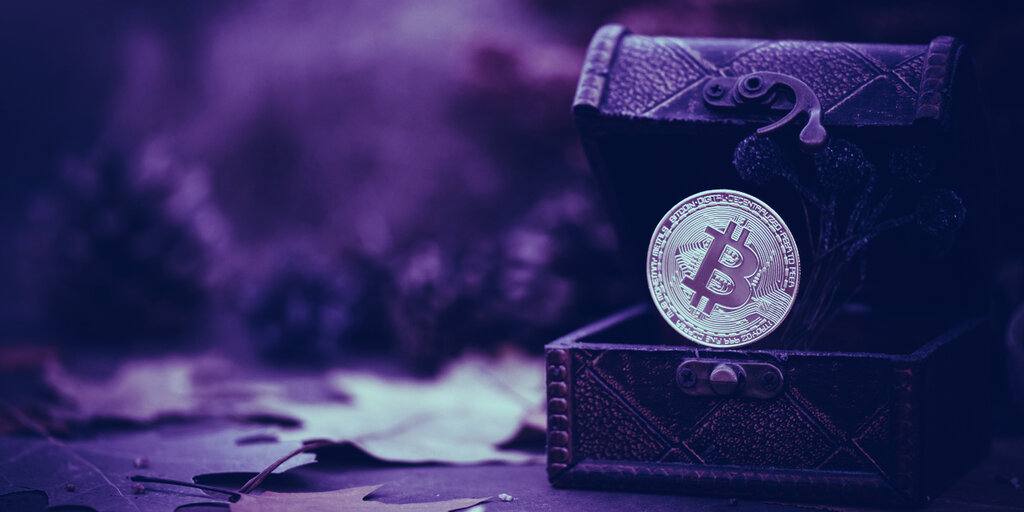 The return of Satoshi Nakamoto would be fitting for 2020, wouldn’t it?

In case you missed it, someone who mined Bitcoin in 2009, just a month after its creation, decided to move coins today that had not been touched in 11 years.

These 50 bitcoin were mined on February 9, 2009, shortly after Satoshi Nakamoto bootstrapped the Bitcoin network. So, of course, social media is lit up with the scuttlebutt that these coins must belong to Bitcoin’s pseudonymous creator.

The coins in this transaction were mined in the first month of Bitcoin's existence.

It’s a fun rumor—made even more savory for the fact that Satoshi may be sitting on anywhere from 500,000 to 1 million Bitcoin that has never been moved. But while fun, it probably isn’t true. What’s more likely is that someone else who mined Bitcoin in the early days just finally got around to moving this batch in particular.

How do we know? Bitcoin blockchain data and the “Patoshi Pattern.”

Dawn of the digital gold rush

The 50 Bitcoin in question was mined just a month after Bitcoin was launched, leading some to believe they belong to Satoshi because it was too early for other mining activity.

This overlooks the fact that Satoshi broadcasted the launch of Bitcoin on the same cryptographic mailing list that he used to disseminate the whitepaper. Blockchain data strongly suggests (but of course, doesn’t prove) that a handful of miners were on the network during Bitcoin’s early days alongside Satoshi.

The so-called Patoshi Pattern (developed by RSK software designer Sergio Demain Lerner) gives us a rough picture of Bitcoin’s mining landscape in the early months. Basically, this pattern looks at the “nonces” (i.e., the cryptographic hash that miners guess to connect a new Bitcoin block with an old one) left by what is believed to be a single entity (some believe Satoshi).

Patoshi blocks have a different nonce pattern (due to an old flaw in Bitcoin’s code) than other miners’ blocks, the analysis suggests. And as Castle Island Ventures partner Nic Carter points out on Twitter, the Bitcoin that were just spent came from a different block than the ones that belong to the Patoshi Pattern.

A visual explanation of why this block is NOT believed to be Satoshi: https://t.co/Nkp8Rzexk4

“Triangulating Satoshi’s coins is a harder task than many people expect, and lots of people think there is a single wallet with 1m BTC in it,” Carter told Decrypt. “To the contrary, there’s significant amounts of uncertainty as to the size of the large early miner which is assumed to be Satoshi.”

“However, most experts find Lerner’s analysis persuasive, and it clearly distinguishes ‘patoshi’ coins from other early mined coins. Based on that analysis, the block in question was not mined by the large single entity presumed to be Satoshi.”

Carter added that there were “likely dozens” of other miners on the network at this time, though it’s impossible to know for sure, of course. Blockstream engineer Grubles told Decrypt that he personally knows someone who was mining Bitcoin in 2009, adding anecdotal evidence to the soft data that Satoshi was not the only one on the network in its infancy.

Grubles also alluded to a reddit post by Blockstream co-founder Gregory Maxwell that explains this miner very well could have been spending Bitcoin from their original Bitcoin Core wallet for sometime; they just didn’t spend this old transaction until now.

All told, this has happened before (most recently, in August 2017), and as Grubles put it simply, “just because the Bitcoin is old, doesn’t automatically mean it’s Satoshi.”

After all, the Patoshi Pattern has an attributable 1 million Bitcoin attached to it. If Satoshi really wanted to spend his fortune, he’d be moving a lot more than 50 Bitcoin.