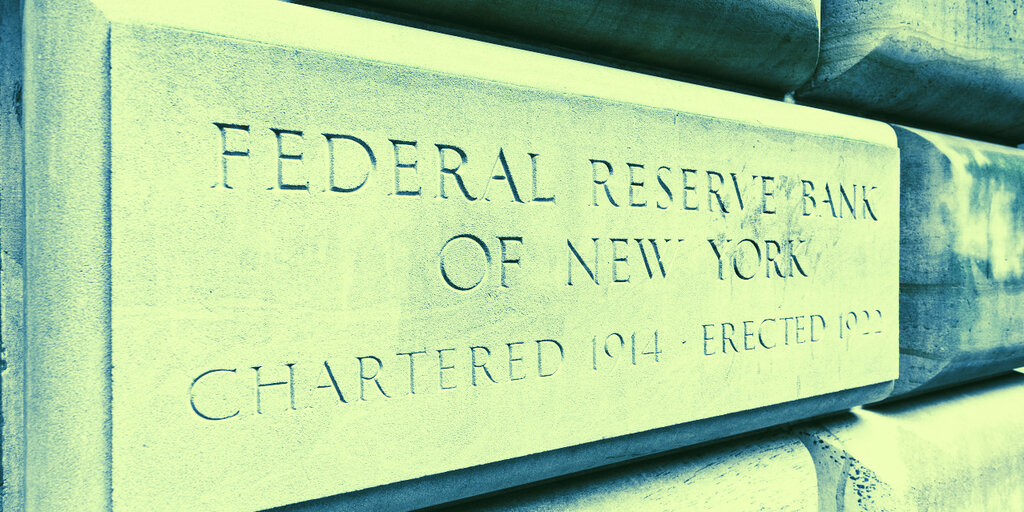 Lee and Martin classify “fiat money [as] intrinsically worthless objects that have value based on the belief that they will be accepted in exchange for valued goods and services.” Incredibly, they assert that central-bank issued currencies are not pure fiat because of their “legal tender status.” They then go on to label Bitcoin, which the CFTC has classified as a commodity, as a fiat currency.

“Examples of fiat money without legal tender status include Rai stones or Ithaca HOURs. And Bitcoin is just another example of fiat money.”

The bizarre twist on the commonly understood meaning of “fiat” wasn’t lost on Carter: The New York Federal Reserve is “simply redefining words to suit them,” he said.

Fiat money, as the textbook definition goes, is a currency—such as a paper currency—that is issued by decree, typically by a government, but which is not redeemable for any underlying specie or asset.

“Fiat is latin for ‘by decree.’ It means money which is commanded, through the threat of violence and the local monopoly that a state enjoys, to be used in society,” Carter told Decrypt. “Its value comes from the tax liability that requires individuals to hold and use the currency.”

“Shells, beads, rai stones, and Bitcoins obtain moneyness because society comes to find their unique traits useful, and a market emerges around them. That is the precise antithesis of fiat money.”

What’s more, the authors of the New York Fed post didn’t just go after Bitcoin with new definitions on olds words, but gold too. Gold, they wrote, is a “commodity money”—which could be considered a definition more suited for something like a dollar on the gold standard. In other words, gold isn’t “commodity-backed”; it is the commodity, traditionalists would argue.

“Gold coins aren’t redeemable for some asset, as [the New York Fed authors] imply,” Carter said. “They are just valuable because a global market for gold exists, because commodity money is useful to society.”

So, sure, maybe Bitcoin is like “fiat”—if we decide to flip its definition on its head.