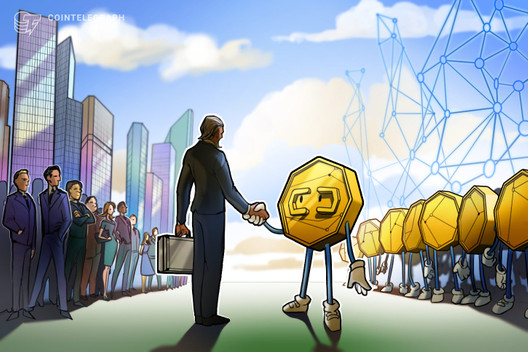 Days into his term as acting head of the Office of the Comptroller of the Currency, Brian Brooks spoke with Cointelegraph on how he hopes to update legacy systems with crypto technology.

Brooks came to the OCC from a role running Coinbase’s legal team only months ago, which informs a great deal of what he identifies as areas for improvement. He took charge of the OCC only seven weeks later upon the departure of Joseph Otting.

Regarding the role of crypto in conversations in Washington D.C., Brooks noted a sea change. The government is curious, which may partially explain his appearance on the scene.

The novel coronavirus and the subsequent rush to work remotely and transact digitally amplified the need for fintech, resulting in continuing conversations in Congress as well as among regulators. This was particularly obvious amid delays in COVID-19 direct aid payments.

As Brooks described, banks had to rely on an archaic system to issue aid payments. Though he was impressed by the magnitude of the initiative, it was clear that this shouldn’t have to happen again:

“The banks did a heroic job of trying to do that, and they eventually were able to do that, but they were trying to do so through a portal run by the Small Business Administration that was built on COBOL in the 80s. The programmers who were able to fix those bugs had to be called out of retirement to help fix them. It was a clunky system we had to work with.”

“What I heard from my friends in the crypto community was, imagine a future where instead of having to rely on all of those cobbled-together parts — a bank that was using legacy technology to underwrite a borrower couldn’t do KYC because he wasn’t a legacy customer. All of those pieces — Imagine if we could distribute this aid through Ripple or through stablecoins of some kind or something else. Imagine if we had already implemented central bank digital currency and we could distribute this across a blockchain instantaneously.”

In broader goals for his time at the OCC, Brooks hoped to see technology expand financial services to people traditionally left out of them:

“We want to make sure that our charter is, you know, evolutionary enough to accommodate new innovations and that it’s broad enough to serve everybody, not just rich people and I think technology has a big role to play in that.”

Specifically, he looked to DeFi as a way of shifting the burdens of loans away from a central budget drawing on taxes.

“What I learned about DeFi from my time at Coinbase. Imagine a world where some of these loans didn’t necessarily have to be all taxpayer funded,” Brooks said “Imagine if some of these things could be done in a micro lending sort of crowdfunded kind of way. That’s the whole promise of DeFi at some level is lots and lots of people can participate in very small increments. And the people who need it can benefit from it.”

“It is shameful that on his first day on the job, new Acting Comptroller Brian Brooks is already following in Comptroller Otting’s footsteps in working to undermine consumer protections during a pandemic. Earlier this month, Otting issued his rule to gut the Community Reinvestment Act, and now Brooks is picking up where he left off.”

The government’s role in crypto

Waters and Brooks certainly have different philosophies, though speaking to Cointelegraph, Brooks expressed admiration for Waters’ leadership. He did, however, advocate for a government that set standards rather than involved itself in running the technology itself:

“In the world of digital currency, my personal feeling is there’s a strong role for the government to play in establishing audit standards, reserve standards, notice of withdrawal type of standards on issuers of stable coins and the networks that generate stablecoins. I’ve always believed that the idea that the government should develop the blockchain or actually create the technology for a particular cryptocurrency doesn’t make any more sense than saying that the government should run Amazon or Google because those are the core foundations of the Internet.”

As an example of top-priority concerns, Brooks said: “The OCC, quickly under my watch, will get a position together as to what we think about national banks as appropriate custodians for cryptocurrency.”

Heath Tarbert, Chairman of the Commodities Futures Trading Commission, recently argued for a similarly high-level relationship between regulators and business, particularly crypto, as a means of encouraging innovation.

Coinbase and the OCC

Months before Brooks joined on at Coinbase’s legal department, the firm was reportedly looking into registration as a bank with the OCC. Brooks and Otting, his predecessor at the OCC, were coworkers at OneWest nearly a decade ago.