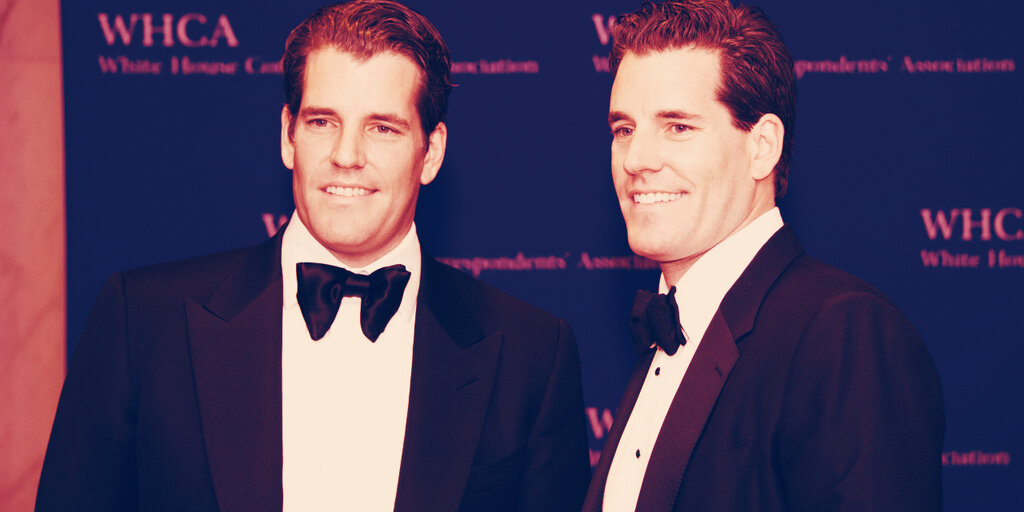 The Winklevoss twins will return to the silver screen in a film adaptation of Bitcoin Billionaires, author Ben Mezrich’s follow-up to The Accidental Billionaires—the book that became 2010 film The Social Network.

According to a report from Deadline, Cameron and Tyler Winklevoss will co-finance the film, which picks up the story where The Accidental Billionaires left off—with the twins receiving a $65 million settlement from Facebook, which they went on to invest in Bitcoin during the early years of the cryptocurrency boom.

Bitcoin is coming to the silver screen.

“Bitcoin is coming to the silver screen,” Tyler Winklevoss tweeted as the news broke.

After The Social Network

Mezrich’s The Accidental Billionaires, and the subsequent film adaptation, The Social Network, focused on Mark Zuckerberg’s creation of Facebook. Cameron and Tyler Winklevoss took on Zuckerberg in a legal battle over code that he worked on for their rival Harvard social network, ConnectU; the twins subsequently won a $65 million settlement from Facebook, paid in cash and shares.

Bitcoin Billionaires, a New York Times bestseller, follows the Winklevoss twins as they’re ostracized from Silicon Valley due to their public battle with Facebook, struggling to find firms who’ll accept them as investors—before finally betting it big on Bitcoin.

The pair invest in the risky new venture of cryptocurrencies, encountering figures from the early days of Bitcoin such as Charlie Shrem and Erik Voorhees, and enduring shocks such as the Mt.Gox hack and subsequent crash of Bitcoin. Their perseverance pays off when Bitcoin’s price surges and they launch their own venture, the crypto exchange Gemini.

Mezrich described Bitcoin Billionaires as a “second act” for the twins, with The Accidental Billionaires and The Social Network having cemented a view of them as privileged jocks that was “in need of revising.” With Facebook now dominating the Internet and embroiled in scandals, Mezrich argued, “Zuckerberg’s and the twins’ roles as rebels and Evil Empire seem to have been reversed.”

The Winklevosses subsequently contested the settlement in court, asking a judge to undo their settlement with the company, arguing that they deserved more money. Although their initial settlement was worth $65 million, it appreciated in value to nearly $200 million as Facebook secured more funding rounds including from Asia’s richest man Li Ka Shing. After “careful consideration,” however, the twins abandoned their attempt to undo the settlement.

Who could play the Winklevoss twins?

In The Social Network, director David Fincher cast Armie Hammer as both Winklevoss twins opposite Jesse Eisenberg as Zuckerberg; visual effects were used to enable Hammer to play both Tyler and Cameron.

In a Twitter thread, Mezrich replied “Love @jonahHill and @CharlieShrem” to one user’s comment that the Wolf of Wall Street actor could play Shrem in the film; Shrem enthusiastically agreed that “We must get Jonah involved now and get the ball rolling.”

We must get Jonah involved now and get the ball rolling.

The release date, cast and crew for the Bitcoin Billionaires adaptation have yet to be announced.

This story was produced in collaboration wiht our friends at Forkast, a content platform focused on emerging technology at the intersection of business, economy and politics, from Asia to the world.