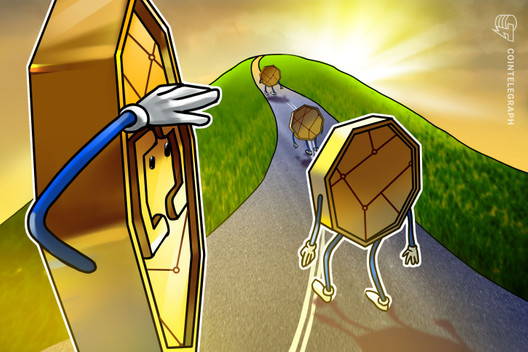 These are the alternative crypto assets that have outperformed the rest of the market including Bitcoin in the past week as the DeFi craze gains steam.

Alternative cryptocurrencies, or altcoins, have started to record large gains across the board. Some small-cap coins have seen triple-digit percentage gains in recent weeks. But several larger-cap cryptocurrencies have also been posting serious gains such as VeChain (VET), Stellar (XLM), Cardano (ADA) and Chainlink (LINK).

Cryptocurrency market performance in the past 7 days. Source: Coin360

In the past week, VET, XLM, ADA, ALGO, LINK, BSV, ATOM, XRP, CRO and ETC outperformed the rest of the market including Bitcoin, which gained just 1.13% during the period.

The chart below illustrates the biggest gainers of the past seven days for cryptocurrencies with a market capitalization of $700 million or more. 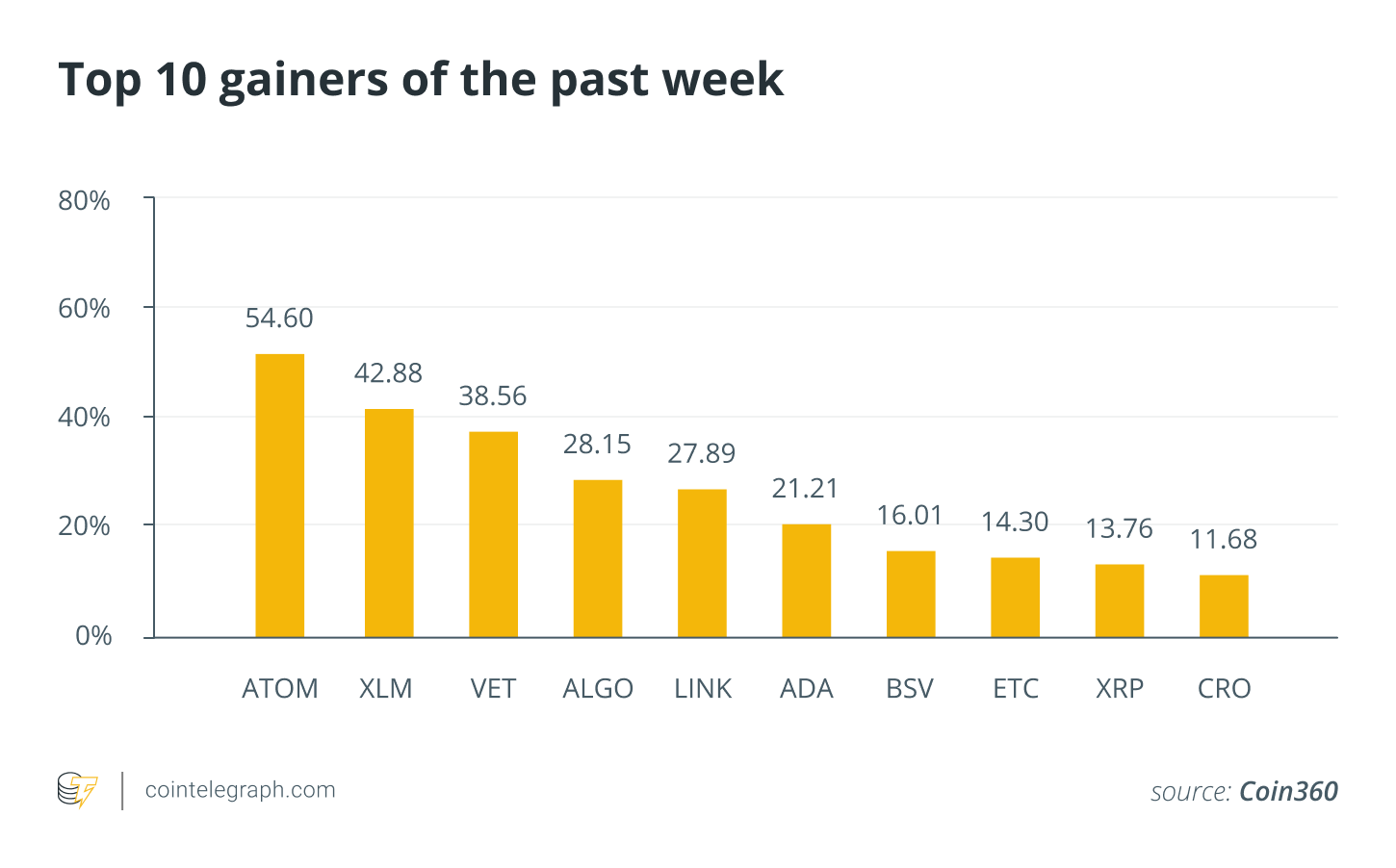 Top 10 crypto assets in the past week. Source: Cointelegraph, Coin360

Since March, both Bitcoin (BTC) and Ether (ETH) recorded gains of over 150%, reportedly fueled by a surge in retail demand as well as institutions. Following the strong recovery of the top two crypto-assets, the momentum of many altcoins began to increase, particularly following the Bitcoin halving in mid-May.

VET ranked as the third-best performing crypto asset of the week. Some speculate that the participation of the VeChain team at a major conference might indicate a product announcement. Others believe the rally derives from the anticipation of a potential Coinbase listing.

On June 11, Coinbase said that it is reviewing VeChain along with 19 other cryptocurrencies. Mentioning VeChain, the exchange said:

“Today we’re announcing that we are exploring the addition of a range of new assets. As part of the exploratory process customers may see public-facing APIs and other signs that we are conducting engineering work to potentially support these assets.”

Stellar and Cardano are set to see major protocol updates, with Cardano’s hard fork scheduled to activate on July 30. The hype around protocol upgrades and new product releases have buoyed the sentiment around top cryptocurrencies in recent weeks.

Other crypto assets, like Chainlink, for instance, have recently surpassed their record highs after a strong month in June. The interest around LINK increased after it entered a price discovery phase. Price discovery is a technical term for when an asset surpasses its all-time high into uncharted territory.

Meanwhile, Dogecoin — fueled by a spike in interest among TikTok users — was the best performing cryptocurrency among coins with a market cap below $700 million. It achieved a two-year high, prompting the @Dogecoin Twitter account to warn users and to “be smart” when it comes to the fear of missing out (FOMO) trend.

Why altcoins are seemingly starting to see positive sentiment

Generally, the strengthening sentiment around altcoins seems to derive from two factors. First, ETH has been performing strongly against the U.S. dollar. Historically, ETH rallies coincided with altcoin uptrends. In the last four months, the price of ETH increased from $90 to $241, by nearly 270%.

Second, most top cryptocurrencies have completed the first phase of key network upgrades. Cardano, as an example, is on track to finalize the Shelley upgrade by the end of July. The Shelley upgrade could decentralize the Cardano blockchain network by a factor of 100 times more than competing blockchains, the foundation says.

“Come the end of the Shelley era, we expect Cardano to be 50-100 times more decentralized than other large blockchain networks, with the incentives scheme designed to reach equilibrium around 1,000 stake pools.”

The improving sentiment around top 20 cryptocurrencies, initially fueled by imminent blockchain updates, could have kickstarted an altcoin bull run.

DeFi and staking-related cryptocurrencies have also performed strongly since early July. Cosmos, Kyber Network and Compound, for example, recorded large gains of above 20% against the U.S. dollar.