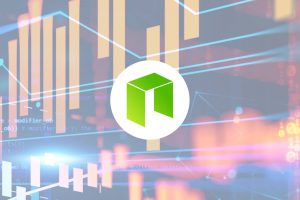 NEO prices are up 5.49% as the rest of the market trades in red. The reason for the price surge is attributed to the upcoming NEO 3.0 version in 2020. The coin has also climbed from 17th to 16th position in the global cryptocurrency market rating compiled by CoinMarketCap. At press time, NEO/USD is trading at $11.92.

Why is NEO Price Rising?

NEO price rise can be attributed to China’s renewed interest in blockchain. Furthermore,  NEO has several expansion plans for the year 2020. The development of the NEO 3.0 version is slated to bring new native contracts and make it simpler for other currencies to tap its technology.

Also, the ongoing speculations around the adoption of cryptocurrencies in China is also a plausible reason for the surge in NEO prices. A few days back, the People’s Congress in China passed the cryptographic law and it is all set to come in effect starting January 2020. The Chinese president, Xi Jinping also in an organized study session lauded blockchain and said that the communist party should tap blockchain for technological advancement.

With that being said, NEO prices may show some fluctuations before establishing a high. It is highly likely that the ongoing crypto scenario in China will contribute to further price rise. Let us know, what you think in the comments below!

The post NEO Up by 5.49%, Will NEO Break its Bearish Trend? appeared first on Coingape.