Nearly $5 billion in Tethers were issued since January. Why?

Nearly billion in Tethers were issued since January. Why? 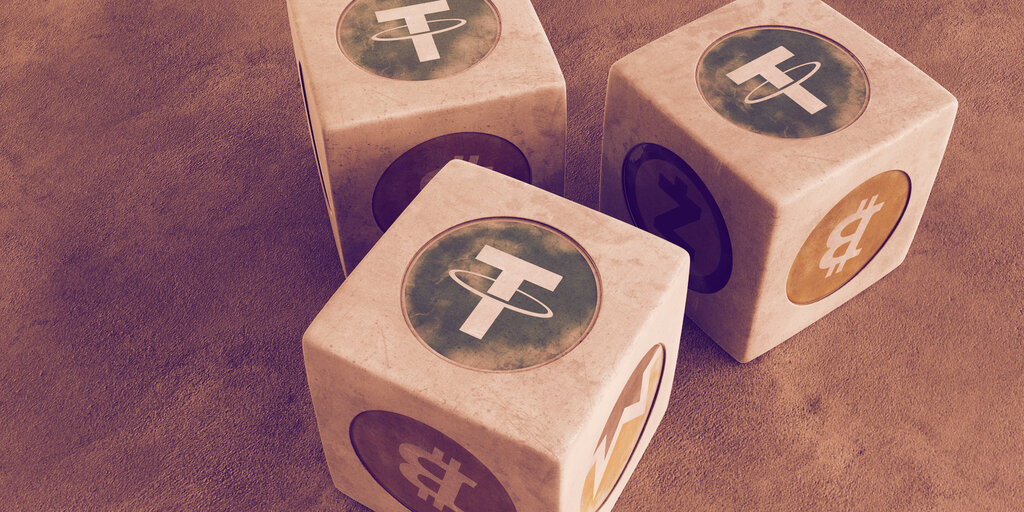 Tether, the world’s most popular stablecoin, has been pumping up the volume. Since January, $4.7 billion Tethers have been ushered into the Bitcoin ecosystem. Now, there are nearly $9 billion Tethers in circulation.

Nearly half of all Tether issued since October 6, 2014, when the substitute-dollar token first came into existence, were created in the last five months. (If you look at a line graph of Tether issuance, starting at the beginning of this year, it starts to look like a jagged staircase, marked by small plateaus and vertical lines that lurch straight upwards.)

So what’s going on? Why do we need all of these Tethers, and why such apparent urgency?

One Bitcoin skeptic sees it as an ominous sign that real dollars in the crypto ecosystem—the network of exchanges, over-the-counter trading desks, and other ways people trade crypto—are starting to disappear, steadily sucked out by Bitcoin miners who need them to pay their monstrous electricity bills.

Miners “have to sell BTC for real money,” Nicholas Weaver, a researcher at the International Computer Science Institute in Berkeley, told Decrypt. “Tether is a fine substitute for real money for those playing at the rigged stock market simulation, but it can’t substitute for paying power bills.”

Weaver, who views the popular cryptocurrency mainly as a tool for criminal elements, has been looking into Bitcoin since 2011. His work is largely funded by the National Science Foundation. Last year, he railed against crypto in a talk called “Burn it with fire,” at the Enigma security conference in California.

He also frequently tweets his critiques of BTC. “The problem is miners need $ not Tether to pay power bills, so over the past few months there has been a great sucking as Tether has replaced $,” he tweeted recently. “When $ goes to 0, the system collapses.”

By collapse, he means that the price of BTC drops to the point where “51% attacks become so cheap that Bitcoin ceases to be usable.”

It isn’t your bitcoin but your $. The price is set by new BTC = (New $ + New Tether). The problem is miners need $ not Tether to pay power bills, so over the past few months there has been a great sucking as Tether has replaced $. When $ goes to 0, the system collapses.

Tether, for the uninitiated, is a virtual token pegged to the US dollar. Exchanges, typically those that lack links to traditional banking, use it in lieu of real dollars as a way to bring liquidity to the crypto markets and hedge against volatility.

A few things—well, more than a few—make Tether controversial. One is that it is controlled by Bitfinex, a popular cryptocurrency exchange that operates out of Asia.

But the main sticking point is Tether’s claim that Tethers (USDT) are backed 1:1 to the dollar. Nobody knows for sure what’s behind Tethers. Nobody has ever come forward saying they’ve been able to redeem Tethers, which were supposed to be an I.O.U. for real dollars. (That was the original deal, at least. Send them dollars and they would send you Tethers; return the Tethers and you’d get back your dollars.)

Over time, the rules of the game changed. In April 2019, Bitfinex’s general counsel Stuart Hoegner admitted in court documents that Tether was only 74% backed by “cash and cash equivalents,” lending credence to the theory that Tethers are increasingly being minted out of thin air. (Bitfinex is being investigated by the office of the New York Attorney General.) He made that claim when there was only $2.8 billion worth of Tether in circulation.

Now, there are three times that amount.

Neither Stuart Hoegner, nor Tether’s communications department, nor Bitfinex responded to requests for comment.

What we don’t know

Arguably, one of the most important numbers in crypto is how much actual-dollar cash is floating around in the system. That number is equally as important as the number of Tethers. Both provide liquidity, making it easy to buy and sell BTC. Both help to set the price of Bitcoin. But only actual dollars can pay the costs of running the network.

Of course, the number is almost impossible to ascertain. Crypto exchanges that have banking (either they are directly linked to banks or they use a shadow banking service, such as Crypto Capital Corp) are reluctant to share the information.

And over-the-counter trading desks, which trade crypto in large batches, often operate behind the scenes. And that’s not even counting the close to 8,000 Bitcoin ATMs on the planet, where individuals can purchase Bitcoin for cash, often anonymously, in places like cigar shops or convenience stores.

What we do know

We can, however, get a sense of Bitcoin’s cash situation by considering what we do know.

We know how much new Bitcoin is entering the supply, based on the block reward. We know that the price of Bitcoin is determined by the total number of dollars in the system, which is a mix of both cash and Tethers.

And we know that Tether is issuing its virtual dollars at a clip of $33 million per day over the last five months—a strong indicator that the level of actual cash in the system is in a perilous decline, according to Weaver.

Just how much cash is disappearing from the system in energy costs? According to an estimate published by researchers at the University of Cambridge, the Bitcoin network consumes more electricity than a small country—what Weaver calls “obscene.”

Based on 5 cents per kWh, the Bitcoin network needs to spend roughly $335,000 every hour, Alex de Vries, a blockchain specialist at Big Four accounting firm PwC, told Decrypt. That means someone has to be on hand to buy nearly $8 million worth of new Bitcoin a day for cash—just to secure the system.

Those costs are putting the squeeze on miners right now.

They earn 6.25 BTC every 10 minutes in block rewards. At $9,000 per BTC, that equates to $340,000 an hour. At the moment, they have to sell every BTC they mine to pay electricity costs. (Previous to the halving event on May 12, it was 12.5 BTC, so they were earning more.) The average costs will drop to 2 to 3 cents per kWh between May and September, de Vrie said. That’s because over 50% of Bitcoin mining is centered in the Sichuan province of China, which benefits from lower costs of hydropower energy in the wet season.

Electricity isn’t the only cost miners have to bear. They have to pay for their rigs, which can run up to $3,000 apiece and need to be replaced frequently as faster ASIC machines become available. They also have to pay rent, taxes, wages, and all the other costs of running a business. All of these things need to be paid in real dollars or yuan, not Tethers, resulting in a steady net drain of cash out of the ecosystem.

Weaver argues that even if the miners hold on to their new BTC, as opposed to selling them right away, that still draws cash out of the system because it lowers the supply of available BTC on the markets and raises the price of the BTC that they do sell.

“Supply and demand must match to determine the price. If the supply is less, the price would go up,” he said.

But aren’t there enough whales (large holders of Bitcoin) out there to ensure that there’s no actual shortage of BTC?

After all, they can control the supply, and make it whatever they want.

“True, but you’d see the whales move,” said Weaver. “Any whale shouldn’t keep their currency on exchanges because, well, that is suicidally stupid.” He added: “Whale sales don’t affect the stock of dollars. Dollars go in, dollars go out.”

In 2017—the last Bitcoin bubble—everyone and their uncle’s college-age offspring was buying cryptocurrency. A lot of cash was flowing into the Bitcoin ecosystem. That wasn’t the only thing pushing up the price of Bitcoin, which by December of that year hit an all-time peak of nearly $20,000.

The bull run was also fueled by Tether, according to a June 2018 report by two researchers at the University of Texas in Austin. (One of whom, John Griffin, is now being funded by the Department of Justice to research Tether via his company Integra FEC. Here is the contract.) Roughly $1.4 billion worth of Tether was issued in 2017.

“Tether grossly inflated the bubble, but there was still a net inflow of dollars into the system,” Weaver said. “Although the bubble was huge, there were people actually buying Bitcoin.”

This latest price spike (Bitcoin’s price has gone up 36% since the start of the year) is different. Now he said, “It’s all Tether.”

The question is, who is buying Bitcoin now? Where is all the cash coming from that the system so desperately needs?

“I have no clue, and that is why I think it is near collapse,” said Weaver. “Actual money is flowing out at an amazing rate, being supplanted by Tether. And, of course, as Bitcoin is only secure when it is expensive, a collapse should hopefully end this stupidity forever.”

Original Source: Decrypt Nearly billion in Tethers were issued since January. Why?