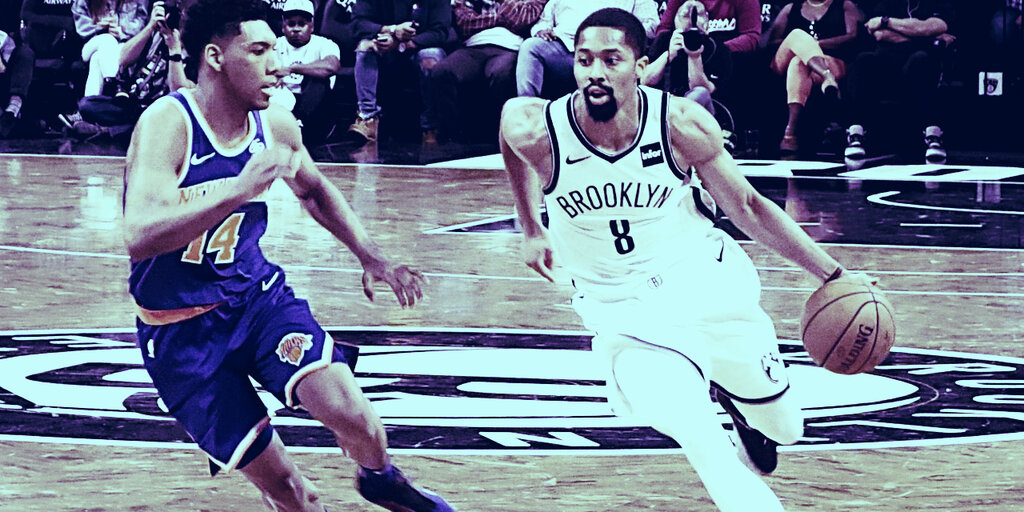 Blame it on COVID: NBA star Spencer Dinwiddie has pulled off the historic sale of tokenized shares in his NBA contract, But the Brooklyn Nets guard only managed to get a tenth of what he was hoping to raise.

Dinwiddie’s security token offering allowed investors to buy a stake in his $34 million NBA contract by purchasing SD26 Ethereum-based tokens. The sale, which closed earlier this month, offered up a total of $13.5 million worth of shares. But, according to an SEC filing submitted today, Dinwiddie only raised $1.35 million from his investors.

Dinwiddie had planned to issue 90 shares (in the form of Professional Athlete Investment Tokens), each worth $150,000, which was the minimum investment accepted in the ICO-like sale. Data from Etherscan, an Ethereum block explorer, shows that only 8 entities participated in the sale, with one entity purchasing two shares.

Tritaurian Capital, which Dinwiddie appointed as his broker in March to oversee the securities offering, declined Decrypt’s request for comment.

Dinwiddie’s STO, which gained considerable hype throughout both the crypto and sports worlds, was devised as a way for the athlete to secure cash on his contract up front, as opposed to waiting on yearly payouts on the guaranteed $34 million.

Much has changed in sports, crypto and the rest of the world since March, however. The coronavirus pandemic has caused unprecedented economic strife in the United States and throughout the world. Dinwiddie himself tested positive for COVID-19, and is not scheduled to participate when the NBA restarts its season at the end of the month.