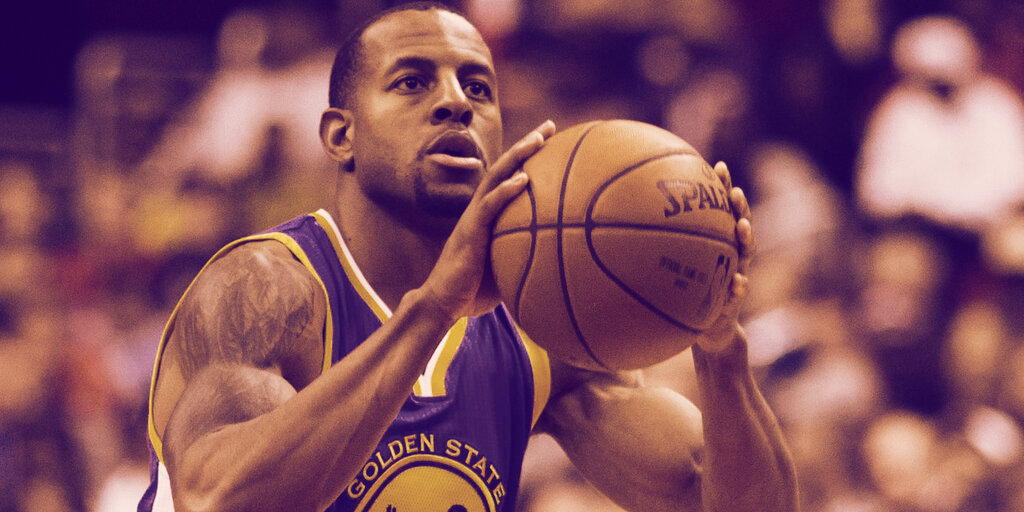 CryptoKitties maker Dapper Labs is making big moves of late, including licensed crypto collectibles featuring the NBA and the creations of Dr. Seuss, and the company has just raised a significant round of funding to continue its ambitious push.

Today, the company announced that it has raised $12 million in a round headlined by several current NBA players, along with numerous heavyweights from throughout the blockchain and crypto ecosystem.

The Miami Heat’s Andre Iguodala, Brooklyn Nets’ Spencer Dinwiddie (a crypto enthusiast who tried to tokenize his NBA contract) and Garrett Temple, Los Angeles Lakers’ JaVale McGee, and Orlando Magic’s Aaron Gordon were all named as investors in the round, with their interest likely stoked in part by the company’s upcoming NBA Top Shot crypto collectibles experience.

“Blockchain technology has the potential to revolutionize consumer ownership on the internet,” said Iguodala, the three-time NBA champion and tech entrepreneur, in a release. “Projects like Dapper Labs’ Flow is already driving consumer adoption, with NBA Top Shot proving the experience is not only engaging, but smooth and fan friendly.”

Which play would be your vote for a collectible #NBATopShot moment?

That’s not even the full list. Existing Dapper Labs investors that participated in this latest round include Samsung NEXT, Andreessen Horowitz and their Cultural Leadership Fund, Animoca Brands, AppWorks, Union Square Ventures, Venrock, and Accomplice. In fact, the list and total amount invested grew just over the last days as the round was finalized. Dapper Labs previously raised $11 million in September 2019.

Between the existing investment groups and new ones, not to mention a slate of notable NBA players onboard, there’s clearly growing excitement over Dapper Labs’ ability to translate the hype and excitement around CryptoKitties into more and more collectible experiences.

Last month, Dapper Labs announced that it has partnered with Dr. Seuss Enterprises to create blockchain-based digital collectibles based on the work of the famed children’s author and artist. It will be based on the same in-house Flow blockchain that is now being used for CryptoKitties (which famously crashed Ethereum when it first launched), as well as NBA Top Shot.

The company is also working with Ultimate Fighting Championship (UFC) on a blockchain collectibles project, which has yet to be demonstrated. For Dapper Labs, this new investment round is seeming validation that they’re creating something that’s catching a lot of attention, and having visible pro players involved has practical benefits too.

“NBA players are more than just athletes. They are creators of culture, and uncompromising in doing what is right for their fans,” Roham Gharegozlou, founder and CEO of Dapper Labs, told Decrypt. “They’re also very sophisticated business-people: having this crew of legends involved in our new blockchain, Flow, is taking our game to the next level and helping us make sure products like NBA Top Shot are authentic to fans everywhere.”