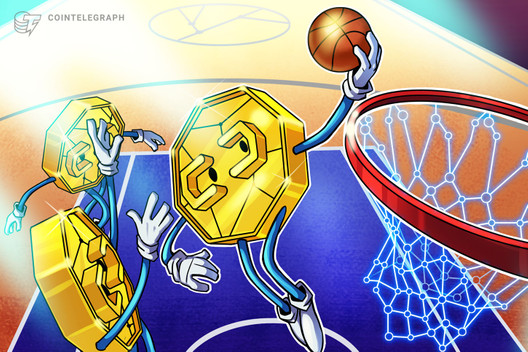 Brooklyn Nets star Spencer Dinwiddie’s offering of tokenized shares in his NBA contract concluded after only raising 10% of its target.

Professional basketball player Spencer Dinwiddie has had a disappointing response to his offering of tokenized shares in his $34 million contract with the National Basketball Association (NBA).

The token sale concluded almost one year after he first announced his intention to issue security tokens representing fractionalized ownership in his NBA contract — with each ‘SD26 Professional Athlete Token’ representing a $150,000 stake in the contract.

The Brooklyn Nets guard aimed to sell 90 shares worth $13.5 million, but Form D regulatory filings submitted to the U.S. Securities and Exchange Commission (SEC) reveals that only nine shares were issued in exchange for $1.35 million — a mere 10% of Dinwiddie’s target.

Etherscan data indicates that only eight investors participated in the offering and Dinwiddie has not acknowledged the sale’s conclusion on Twitter.

After announcing his intention to issue tokenized shares in his contract during September 2019, Dinwiddie faced stiff opposition from the NBA — which initially threatened the termination of Dinwiddie’s contract should he proceed with the sale.

After a string of delays, the SEC filing indicates that Dinwiddie’s began selling the tokens from January 10.

There were signs the sale wasn’t going too well. In May, Dinwiddie also launched an unsuccessful crowdfunding campaign seeking to sell the contract for the cash equivalent of 2,635.8 Bitcoins (BTC), equating to $24.6 million at the time.

Dinwiddie will not be participating in the upcoming NBA restart after testing positive for coronavirus at the start of July.