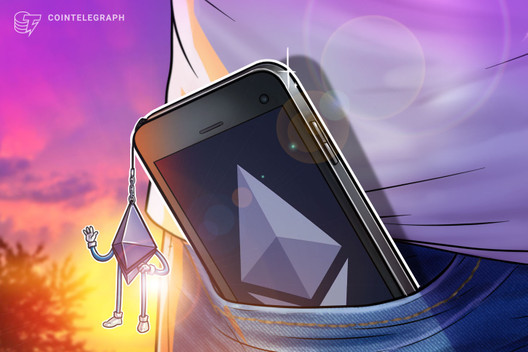 MyEtherWallet is expanding its integrations with decentralized finance through its dedicated wallet communication tool, MEWconnect.

On Thursday, the project announced an integration with Aave and Ren, which marks the first time that third parties are using the MEWconnect technology.

MEWconnect is a wallet linking system developed specifically for MyEtherWallet, and it is similar to those found on other DApp-enabled wallets like Metamask, Coinbase Wallet or more generalized frameworks like WalletConnect.

But the system is currently being used for more than just the MEW app, allowing users of other software and hardware wallets to connect to the Ethereum blockchain through its web interface.

The company says that this is part of its commitment to not lock in users into a specific solution, which it believes is the common goal of the Ethereum ecosystem.

“The MEWconnect API is very developer-friendly and we have every reason to hope that many more DApps will be able to integrate the protocol in the near future.”

With the integration, MyEtherWallet users now have a wider selection of lending options through Aave, as well as access to tokens from other blockchains via Ren’s trustless bridges.

Decentralized exchanges are as of yet still missing from the offering.

MyEtherWallet is one of the oldest Ethereum wallets in existence, having surged in popularity in 2017 as the initial coin offering boom unfolded.

Along with basic wallet features, it also supports the registration of crypto domains and decentralized hosting through IPFS.