More than $2 million worth of Ethereum goes unclaimed 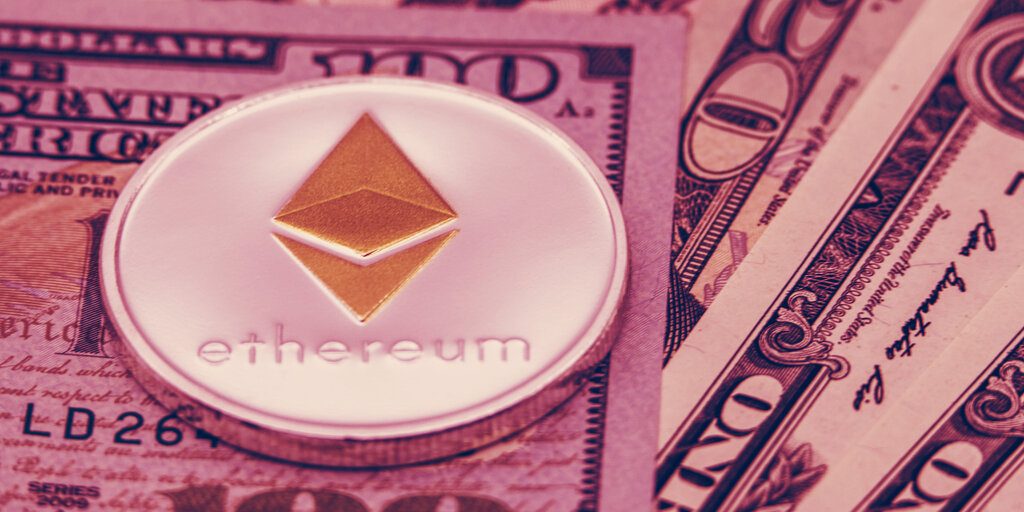 It looks like more than $2 million worth of ETH will go unclaimed.

After waiting four days, Austria-based blockchain innovation company Bitfly will distribute the proceeds of an Ethereum transaction sent with a fee of more than $2.4 million.

The transmission was one of a pair of transactions broadcast last week spending a total of more than $5.2 million in fees, raising speculation of a major undetected bug in a seldom used smart contract, or financial blackmail carried out by hackers.

The frozen transaction was initially validated by Ethermine, a mining pool managed by Bitfly. The benign hold may have ruffled some feathers among contributors to the pool—Bitfly was careful to clarify that the executive action was a one-off, and will always distribute the full block reward as outlined in their payout policy going forward.

Also we would like to make clarify that in the future we will no longer interfere in the payout of large tx fees. Our advertised payout policy is to always distribute the full block reward and we will be sticking to that independent on the amount involved.

Discussions following the first high-fee transaction on July 10 worth nearly $2.6 million focused on potential bugs in a transaction triggered automatically. A second, similarly disproportionate transaction sent the following day, however, forced observers to consider other possibilities. The July 10 transaction was mined by SparkPool, whose investigation is ongoing.

We are further investigating the incident of unusually high tx fee, and you are welcome to provide clues to [email protected] SparkPool has had the experience of handling similar issues properly. There will be a solution in the end. https://t.co/mZc49Q0Y4r

Following the second high-fee transaction, China-based blockchain analysis firm PeckShield published a report indicating the mysterious transactions could be the result of partially unsuccessful hackers thinking on their feet. The research claims an undisclosed cryptocurrency exchange had credentials compromised in a phishing attack.

Unable to drain the funds to their own address due to multisig wallet protections, the information nevertheless enabled the intruders to make transactions to a small list of whitelisted addresses. From there, the hackers broadcast the transactions in question in an effort to secure a ransom from the exchange on the threat of additional wasteful sends.

With the release of the Ethermine fees, it seems like the mystery will have no quick resolution. Bitfly noted that while a number of individuals came forward to claim the fee, none were able to sign transactions from the sending account to prove their control of the private keys.

We may only get an answer following a successful Sparkpool investigation, or if the poor soul who controls the account decides to come forward and tell his story.