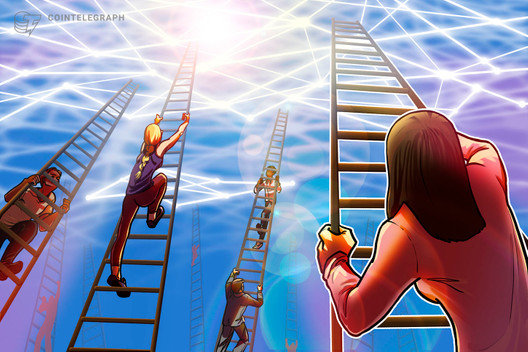 “When the world economies begin to recover and come back online after printing, in the case of the U.S. government trillions of dollars, Bitcoin will most likely become more bullish than we’ve ever seen it,” Metal Pay CEO Marshall Hayner told Cointelegraph in a message, adding:

“Altcoin markets with solid foundation and utility with strong usage will potentially move beyond previous heights as we will begin to see the first large crypto banking platforms like Metal Pay, Facebook, and others emerge with the advent of the US Treasury backed digital dollars.”

In an effort to halt the spread of the coronavirus, much of the globe has remained at home over the past several weeks, with many businesses closed. As the U.S. evaluates a path forward, other nations are strategizing according to their own conditions.

In the heat of the March pandemic, mainstream markets tumbled, with Bitcoin’s price following close behind. The U.S. printed trillions of dollars in efforts to pump life into the struggling markets. Recent weeks show traditional markets posting somewhat of a recovery. At times, Bitcoin has moved in tandem.

Crypto Twitter trader, NebraskanGooner, said Bitcoin could move north when the U.S. reopens. “The general assumption is that price is likely to push up,” he said. “Things start to go back to normal and people are likely to put money back into traditional markets and crypto markets.”

NebraskanGooner questioned the sustainability of such buying though, saying he would look toward technical analysis on price charts for more information.

“We could also see general rumors of businesses starting to reopen which could cause a ‘buy the rumors, sell the news event,'” he said, referring to when hype before an event drives asset prices up, followed by plunging prices after the event occurs.

Two other crypto traders on Twitter, CryptoWendyO and BigCheds, also recently detailed possibilities for Bitcoin when U.S. citizens emerge back into society.