Money Lego: DeFi made in China 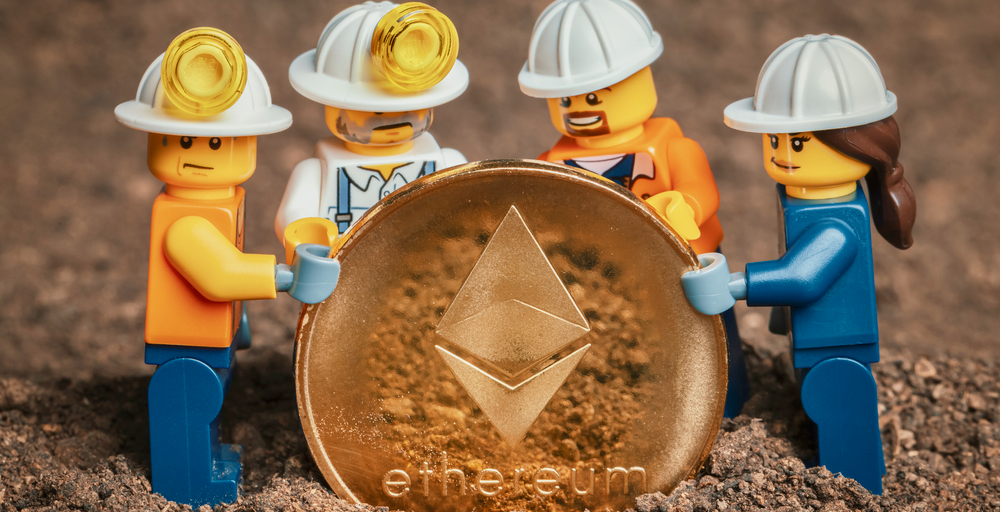 DeFi used to be a niche concept in China. Among the gazillion crypto-centric WeChat groups formed daily, very few were DeFi-themed. And even among those that were, posts, chats, and the throwing of red packets were scarce.

This is no longer the case. Given the recent frenzy over yield farming, DeFi has suddenly become the “hottest wool ( 羊毛) on the block.” Those tiny Wechat groups are growing bigger day by day, attracting traders, miners, and speculators who now want to know: how do I “farm yields?”

This week’s da bing looks into the history and players of China’s DeFi community and asks where it’s heading next.

DeFi was an “imported product 舶来品”

DeFi was not only niche but almost a little too intellectual for China’s crypto circles. For the masses to understand how DeFi works, they needed to be knowledgeable in convoluted financial products, smart contracts, and fluent in English.

“In the early days, information asymmetry between DeFi West and East was still a thing,” Tina Zhen, who has been creating DeFi products through hackathons and continuous flash organizations since 2018, told me.  “it took about 3 months for China to catch up on the latest DeFi innovation in the West.”

That information asymmetry produced a small group of hardcore DeFi’ers, such as Mindao Yang, who co-founded dForce (and is now considered the uncrowned DeFi prince) and other developers who got a glimpse of DeFi from projects such as 0x, MakerDao and Compound. However, few were ready to jump into the DeFi sea.

Capital was also scarce in the old days. Most crypto VCs were eyeing projects that are low-risk and yield instant returns. DeFi was not only still a new concept but there was no proven use case, let alone way to profit.

“There was a turning point—around April 2019 when Uniswap announced receiving investment from Paradigm—that many Chinese crypto investors, media and thought leaders started to look seriously into DeFi,” said Zhen.

Once DeFi was legitimized, China saw a surge of entrepreneurial activities fast following flagship western products. DForce was a classic example— it forked Compound’s V1 code directly. Another example was MCDEX, a DeFi project that recently released the first decentralized ETH Perpetual. To follow the farm yield trend, MCDEX will also be releasing an exchange token called MCB that allows users to jump on the liquidity mining bandwagon. But that isn’t what MCDEX’s ultimate vision. What we are seeing in China’s DeFi space is that entrepreneurs are adopting western technology to solve home-grown pain points. MCDEX’s real agenda is to provide financial services for Chinese customers who, until now, have had little access to global yield.

Despite China’s leading role in building a cashless economy, its financial market is woefully immature. Domestic investors rarely have access to high-yield products such as US stocks, bonds, and other equities. As a result, many invested in increasingly bubbly real estate, money-losing stocks, or poorly managed financial instruments.

MCDEX wanted to fill that hole and become the Robin Hood of China by serving unsophisticated retail investors. Specifically, it is launching MCfund where users can deposit their assets and select existing trading strategies, rather than trading on their own. Again, MCDEX isn’t making a technological breakthrough, it’s borrowing western concepts—and using DeFi as a tool to serve Chinese customers.

Wallets are the getaways

The recent trend of serving retail consumers through crypto wallets is gaining momentum.

DeBank is a one-stop DeFi wallet that connects DeFi products to retail consumers. Rather than serving as centralized custody, DeBank is simply an aggregated layer that helps users manage their portfolio.

“We realized that many Chinese investors don’t trust DeFi because they believe most wallets are still intermediary, and therefore high risk,” Hongbo Tang, founder of DeBank, told me. “We want to channel investor’s trust from us to the product they are investing in. Therefore, we are not in the business of handling users’ assets. We are a getaway to Web3.0 and Dapps.” Another example is Tokenlon, a DEX project built on 0X’s DEX’s protocol. It’s been hugely successful because it is embedded in imToken, China’s largest crypto wallet. “Our goal is to bring decentralization to the mainstream.” Lucas Huang, Head of Growth of Tokenlon told me. Tokenlon’s competitors aren’t other DEX products but centralized exchanges. And there is no better way to bring decentralization than being part of a centralized entity that serves the majority. In addition, Tokenlon also created imBTC that injects BTC liquidity into Ethereum’s DeFi ecosystem. Despite imBTC being both the victim and cause of dForce’s hack, Tokenlon was among the first to bring much-needed liquidity to Ethereum.

Finally, Loopring, an Ethereum scaling solution that uses zkRollup, allows users to send ETH and ERC20 tokens seamlessly. Again, scaling Ethereum isn’t Loopring’s ultimate goal: On its product roadmap is a crypto wallet that according to its COO, will allow Loopring to be the Paypal of Web 3.0. The more, the merrier

If DeFi is a set of Lego blocks, the addition of native Chinese DeFi products adds more blocks to the existing ecosystem. It’s as if the global toolbox suddenly got more tools.

Let’s face it. Despite the DeFi frenzy, it has remained a show run by the whales. On Compound, approximately 20 addresses received close to half of all Compound tokens. DeFi, to many people’s disappointment, has not attracted outside capital and has thus far remained a game within the crypto ecosystem.

In order for DeFi to play a major role in the global financial system, it has to go beyond a handful of whales and crypto nerds. That’s where China’s DeFipreneurs could help.

China has a massive audience that will bring liquidity, volume, and perhaps even more innovation to the global ecosystem. China DeFipreneurs sit in the middle between East and West. They have to borrow the best Legos of the global DeFi ecosystem and bring them to their Eastern audiences.

This is an old game for China’s homegrown tech giants, such as Alibaba and WeChat. They take western innovation such as e-commerce and digital payments and made them 100x bigger. Even better, they started building their own tech empires outside of China.

Now, Chinese DeFipreneurs are working to build their own Legoland in China. We can only imagine how big it will be.