Monaco Passes New Security Token Laws, but Acting on Them Is Not Easy 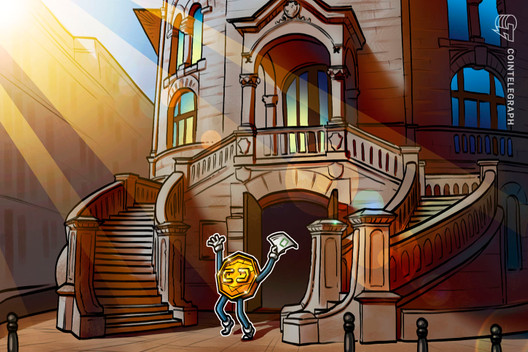 The government of Monaco has passed a new bill introducing the establishment of a security token framework.

Monaco is one of the most exceptional countries on the planet. Its unique mix of scenery and history creates a blend that attracts tourists from all over the world. Anyone who has ever visited falls swiftly in love with its charm.

Alongside its reputation for class, architecture and an outstanding grand prix circuit, Monaco has always seen itself as a “niche” financial-sector pioneer. Many people don’t realize that Monaco prides itself on its willingness to think “outside of the box” with respect to financial laws. This thinking shows a commitment to keep the country competitive on the international financial stage, even if it does not deploy some of the more traditional financial laws. This strategy encourages both businesses and the wealthy to call the small nation home.

The Monacan government demonstrated this commitment to keeping the nation at the forefront of financial advancements on June 16 when the National Council passed Bill No. 1009 — proposed by National Council Member Franck Julien — which encompasses new security token offering laws.

A basic translation of the law itself shows us that it lays out a “legal framework for token offerings, which are a form of fundraising carried out by a digital record using a decentralized register, allowing the creation of tokens [to be sold] in return for payments made by investors.”

Essentially, the new bill allows companies based in Monaco to undertake a fully legal STO. The final elements of this are being hashed out now. However, the bill does go into some detail around what the new STOs will look like.

These new STOs will have a number of rules around them:

As great as these new laws are, the attractiveness of conducting an STO in Monaco is, unfortunately, removed by the cost of incorporating a company. The requirement of a paid-up share capital of 150,000 euros and two directors means that incorporation in Monaco is not for the faint-hearted.

Additionally, the requirement to give security token holders rights to the company along with the inability to publicly offer the tokens themselves means that the whole concept is actually contradictory. The main benefit of an STO is that it can be sold across a more general market.

Many feel that the new security token laws achieve very little. When compared with other locations such as Estonia, Luxembourg or several states in the United States, the laws fall drastically short of what is needed to conduct a successful STO — most importantly, being able to sell to the general market as is found with a Regulation S exemption in the U.S. or filed prospectus in the European Union.

This new bill feels more like Monaco’s attempt to signify its willingness to get involved seriously in the secondary market of security tokens but not actually allow companies to undertake their own serious STO. This proves to be a real shame for those companies looking to raise startup capital in a more “modern” way.

A silver lining is found in the section of the bill that introduces the establishment of a security token framework. This framework lays down the groundwork for a security token secondary market, including the regulation of companies that are looking to work within the security token market such as exchanges, custodians or advisors.

The framework is similar to the earlier French PACTE legislation passed in May 2019, which regulates digital asset providers — although the earlier French law encompasses more general cryptocurrencies. It was created alongside the country’s need to build in new Anti-Money Laundering laws with respect to crypto, generally.

A review of Monaco’s new STO law shows it is unlikely that the country will become an attractive “hot spot” for companies looking to raise security token capital, especially within the EU, which has other cheaper and easier options.

What the bill does is give companies operating or establishing themselves in Monaco an alternative private fundraising method — one that will be attractive to those who are drawn toward security tokens, especially if Monaco has the intention of deploying laws regarding security token exchanges for the secondary market.

Cal Evans is an international technology lawyer from London who studied financial markets at Yale University and has experience working with some of the best-known companies in Silicon Valley. In 2016, Cal left a top-10 California law firm to start Gresham International, a legal service and compliance firm specializing in the technology sector that now has offices in the U.S. and the U.K.