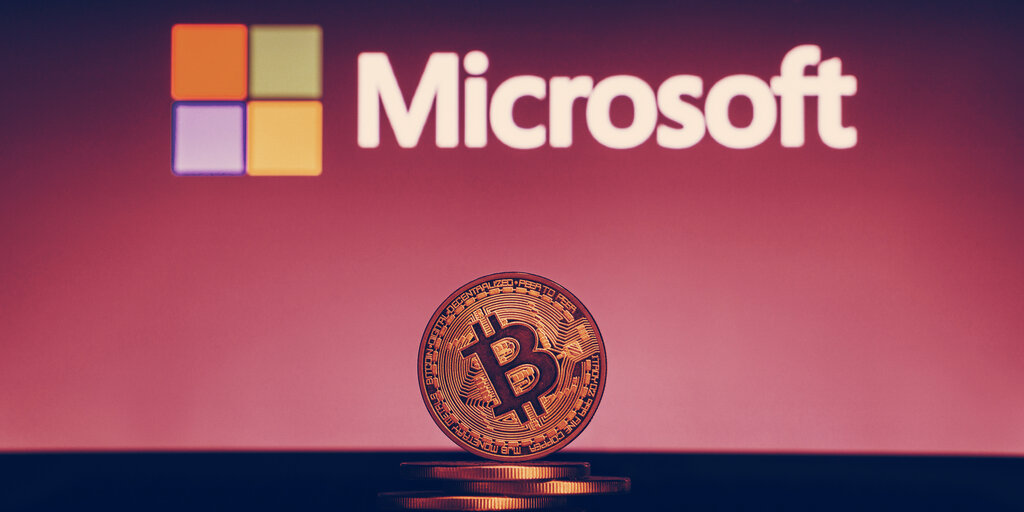 IT giant Microsoft has announced the launch of its open-source decentralized identifiers (DIDs) network, dubbed ION, on Bitcoin’s blockchain.

“We’re thrilled to see ION make the leap to Bitcoin mainnet for its public beta. ION is an open, public, permissionless ‘Layer 2’ network built on open source code that anyone can review, run, and contribute to,” said Daniel Buchner, one of the developers of the Sidetree protocol, on June 10.

DIDs are a new type of identifier that enables verifiable, decentralized digital identity. For example, “a DID identifies any subject (e.g., a person, organization, thing, data model, abstract entity, etc.) that the controller of the DID decides that it identifies,” according to one of the drafts published on the World Wide Web Consortium’s website.

Buchner added that ION was designed from the start to “operate independently of centralized parties and trusted intermediaries,” including Microsoft. As such, the network doesn’t rely on special utility tokens, trusted validator nodes or additional consensus mechanisms since “Bitcoin’s linear block chronology is the only consensus” ION requires, he continued.

“Since the keys for your DIDs never leave your hands, and all ION operations are signed locally on your device, you have the assurance that only you can modify the state of your DIDs, no matter how you choose to interact with the ION network,” he noted.

Currently, ION’s users can already create their own DIDs and use OpenID Self-Issued DIDs to authenticate with sites, apps and services that support the corresponding specification. Additionally, companies and other entities could use ION to issue digital verifiable credentials to their users.

In the coming months, ION developers plan to grow the network’s community and garner additional feedback and contributions, including new use cases and hackathons. Users can track the project’s progress in Sidetree’s and ION’s repositories on GitHub. This all leads up the launch of the final version, this fall.