Messari CEO: Cardano Has ‘Plenty of Room for Growth’ 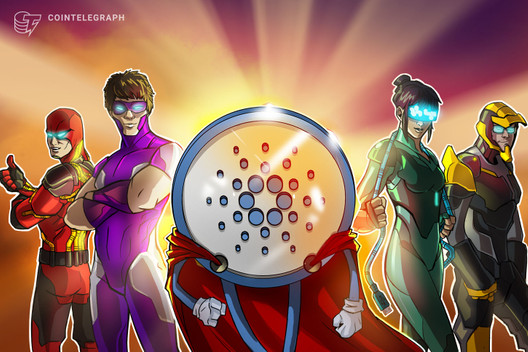 In his newsletter, Seliks said lower staking rates for Cardano (ADA) could mean a higher reward payout for investors who are “wondering if they’re late to the party.”

The Messari co-founder says one of the catalysts for the token’s recent surge  — up 85% as of July 8 — is Shelley, an upcoming possible hardfork upgrading its ecosystem.

“The potential discrepancy between staked and un-staked ADA however, could bode well for bulls even after Shelley goes live. While the initial staking percentage won’t be known until after launch, Cardano’s incentivized testnet saw participation from ~40% of the reported supply. If this carries over to mainnet, Cardano’s staking rates will be significantly lower than other large-cap networks like Tezos (80%) and Cosmos (71%).”

Selkis says this means there is plenty of room for growth in ADA as investors pursue lower staking rates to buy and stake on exchanges.

Following an announcement that ADA holders will be able to stake their assets in Coinbase custody by Q4 2020, speculation arose that the crypto exchange might soon list Cardano. The altcoin currently trades for $0.13.