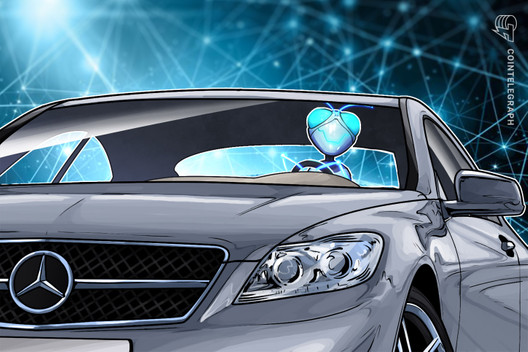 Mercedes-Benz’ parent company has partnered with Ocean Protocol to use blockchain technology to privately collect and package data for monetization.

Daimler’s South East Asia subsidiary will use blockchain-based solutions to gather and monetize the firm’s data.

The pilot will demonstrate Ocean Protocol’s recently launched “Compute-to-Data” protocol to protect the privacy of Daimler’s data while allowing the information to be analyzed and aggregated by third parties.

Ocean is hoping that the pilot will attract further partnerships with major global firms, describing the pilot as a scalable blueprint for deployment.

Hartmut Muller, Daimler’s vice president of IT, stated, “We believe in the power of blockchain to unlock the value of data in a decentralized way.”

Frank Schur, Daimler Singapore’s senior manager of IT technology, described the decentralized data marketplaces as “an interesting position” providing “an exciting opportunity for aggregation of data with a clear compensation approach.”

Launched in mid-May, Compute-to-Data seeks to allow entities to maintain the privacy of their data while allowing third-parties to perform “specific computation jobs” analyzing said information.

The results of the protocol’s analysis can then be packaged for monetization or shared to inform scientific or technological research.