Matic’s Bloodbath Can’t be Compared to What Befell ZClassic, Nano, or DigiByte 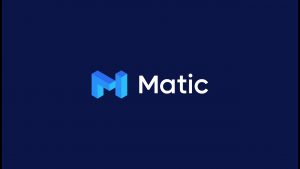 Matic, the token that had a successful IEO at Binance before pumping on listing, is on every trader’s mouth following steep losses in the last 24 hours. Although prices of most IEO tokens fail to live up to expectations after the initial excitement and FOMO, Matic’s crash velocity and timing is quite concerning.

Coin trackers indicate that in the last 24 hours alone, its valuation has sunk by over 50%, posting double-digit losses against BTC, ETH and USD at 53%, 53% and 54%, respectively. Even though Matic’s price is up on a monthly basis, week-to-date, the token is down 39% highlighting how the dump has been sudden, fast and almost well-coordinated. Simply, it’s a carnage, the token is spiraling down, falling off a cliff much to the distress of expectant token holders.

Trading at $0.018112, the token is down 56% from its all-time highs. However, it is nothing compared to what befell hyped coins in the past. From crypto chronicles, ZClassic, Nano, DigiByte and Hush have experienced worse in their short life cycles.

For new people after $matic…

You don’t know dump until you bought digibyte on the Minecraft rumor in 2017.

You don’t know dump until you buy Zclassic at $300 after Mcafee shilled Bitcoin Private.

In those formative years, the dump was far more damaging not only to the project but to the whole ecosystem since the market was fragile and worse, treated with skepticism. A delisting from Bittrex or Poloniex, for example, was consequential as the resulting fund or liquidity starvation was hard pressing, even meaning an end to platform development.

The SEC has since tamed project shilling, classifying tokens from projects that attempt to use influencers for gain as securities. The crypto community vividly remembers the resulting DGB price dump that resulted when rumors of Minecraft launch on DigiByte failed to materialize back in 2017. Prices fell so deeply that DGB has yet to recover. At present, DGB is down 95% from its all-time highs, changing hands at $0.006445 from $0.1293448.

On the same frame, ZClassic has failed to recover and isn’t trending on the same levels as before. Back then, privacy coins as Monero and Bitcoin Private were dubbed as the future. Their superior mixers and privacy features were developed because Bitcoin’s transactions were pseudonymous. At present, ZClassic is trading at $0.2165571, down 99% after reaching highs of $213.02 in Dec 2017.

Evidently, Matic is sliding but is nothing compared to past disastrous market events that forced developers and investors away.

The post Matic’s Bloodbath Can’t be Compared to What Befell ZClassic, Nano, or DigiByte appeared first on Coingape.