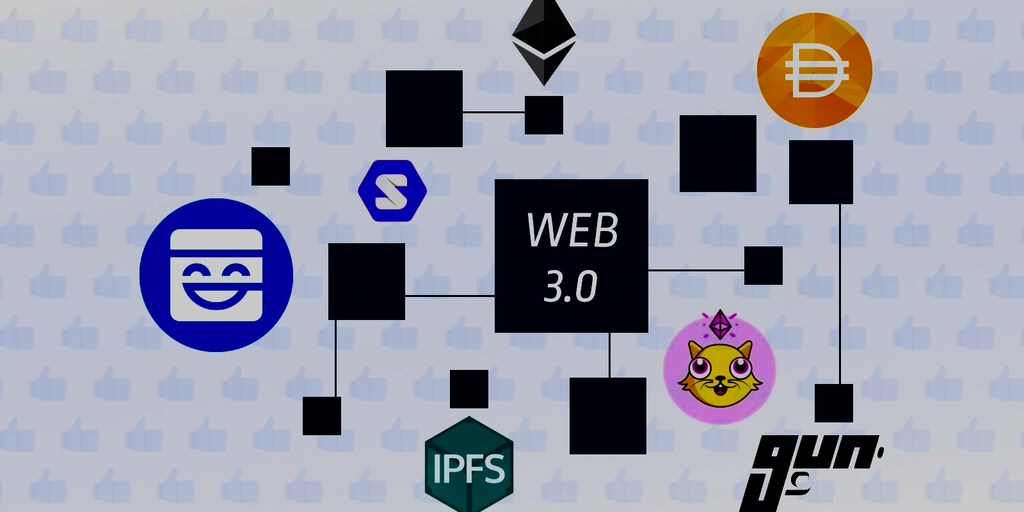 When President Trump’s Executive Order on Section 230 took Twitter by storm a few weeks ago, it heightened the debate on whether social media platforms have a duty to moderate user-generated content. China’s social media users are all too familiar with government censorship, too.

So maybe it’s time for a grassroots, bottom-up Chinese solution to the problem of government censorship?  Suji Yan, founder of Shanghai-based Dimension tech, thinks so. His product, Maskbook, is a web3.0 layer on top of web2.0 that enables users to post  encrypted, surveillance-free messages onTwitter and Facebook so that only the people you want can see them.

For this week’s da bing, I sat down with Yan to discuss what Maskbook does and how it will bridge web2.0 and web3.0.

Born and raised in China, Yan was an investigative journalist before he was an engineer. Among other things, he’s known for popularizing a cross-dressing movement among coders in China, known as “big dudes in dresses.” Though he identifies as straight, and is married, Yan has said that cross dressing helped him write bug-free code.

He unveiled Maskbook in January; it gained momentum shortly thereafter during the Chinese New year when it launched a “Twitter Red Packet

” campaign with MakerDAO. The campaign allowed Maskbook users to claim DAI tokens on Twitter via a red packet, a traditional way for Chinese to bestow blessings during the Chinese New Year. Yan told me that the campaign increased DAI’s number of users by 15%.

More recently, as part of Bitcoin’s halving celebration, it ran another Red Packet campaign with OKB, the exchange token of OKEx, one of the largest crypto exchanges in the world.

The Red Packet Campaigns were a kind of Trojan horse. Their aim was to do more than simply introduce Maskbook as an encrypted messaging service.

“Rather, our secret weapon is to open the gates of the web3.0 world to the users of web2.0 platforms in a decentralized non-custodial manner,” Yan told me. “Think about wrapping Ethereum, IPFS, Dapps and even Cryptokitties, on Facebook so that users can access to web3.0 information—without leaving web2.0.”

That is, literally, what Maskbook intends to do: The extension includes an Ethereum wallet, enabling it to become an easier-to-use gateway to all kinds of Web 3 dapps.

Building a new world on top of the old world

Yet this idea of building web3.0 applications on web2.0 platforms can sound rather contradictory. If a new world were to be built anyway, why bother to build it on top of existing platforms?

For Yan, there are two benefits to building a bridge rather than starting afresh.

First, he believes that tech giants such as Facebook and Twitter still have a significant amount of network lock in; people will not switch easily. “I don’t think many can leave Facebook for other platforms,” he said. “For example, it’s really hard to persuade users to switch to Signal when everyone else is using Whatsapp.” But to me, Yan’s approach, despite being novel, sounds alot like the “super-app” approach of China’s famous Wechat and Alipay, where mini-programs are stacked on top of a messaging app. The difference here is that the mini-programs are dapps that could be decentralized and are anti-surveillance by nature.

I worry that there’s still strong technical and business reliance on the underlying infrastructure. For example, if Facebook were to fall out of favor one day, where would Maskbook get its users?

Prior to founding Dimension, Yan was a freelance journalist who investigated sensitive topics touching governments’ nerves such as Japan’s Fukushima Nuclear Power Plant. “Growing up in China, I’ve always taken a close eye to watch the worst part of centralized governments,” he said.

And that perspective, I think, is what set him apart from other crypto founders. He has an innate interest in studying governments and systems, which provided him perspective on what should be decentralized and what not, which is manifested as Maskbook’s unique design to be built on top of a centralized network yet wrapping all the decentralized gems in it.

“The idea is to “corrupt” the existing system within, rather than attacking from outside,” he told me.

In addition to being a writer and journalist, Yan was also the main driver behind the “Anti-996 License,” which requires companies to ban unhealthy work schedules from 9 am to 9 pm, six days a week.

When asked why he is dedicating his time to building a product that has little to do with his home country, Yan said: “Think about Vitalik [Buterin, Ethereum, co-founder.] He is a Russian-Canadian who inherited a Japanese-named protocol but enhanced it, and subsequently raised an angel round in China.”

Following that logic, perhaps the China-born, Shanghai resident Yan can raise an angel round from VCs in the US. Crypto is truly global.

#1. Mining, in the context of China’s college entrance exam

Fortunately your correspondent was exempted from going through the hell of China’s college entrance exam, aka Gaokao. Normally, the two-day exams cover all subjects and are the single determinant of a student’s admission to college.

Every year before the actual exam, students take a number of mock exams to prepare. This year, an interesting Bitcoin Mining trend appeared in many exams across different provinces. The questions were supposed to be related to the province of Sichuan, the mining capital of the world, and its unique geographical composition that makes crypto mining an attractive business.

But what emerged from these supposedly pure-geography questions were questions about the business model of mining.

For example, one question asked: if mining has so many benefits, why can’t the local government encourage more investment in it? The correct answer, of course, would point out the high risk of mining, as well as security issues ( such as fires) caused by large mining farms. Lastly, students would need to consider the noise level of a mining farm.

The exam questions were not an indicator of China’s comfort with mining, given  the recent ambivalent public policy by local officials. But the appearance of mining-related questions in testing material is a sign that the industry is slowly being destigmatized.

China has kept a half-opened eye on crypto trading since its massive clamp down in 2017. Despite a law stating explicitly banning any entity that offers crypto trading, mainland users can easily trade on Binance, Huobi (ever the darling blockchain child), and OKEx. Many large account holders also use over-the-counter brokers for convenience and better pricing.

However, this past week saw the return of the Chinese government, which was supposedly focusing its attention on banning crypto trading. Thousands of OTC accounts were frozen, potentially due to a police investigation in Guangdong of telecommunication fraud, Ponzi schemes and casino businesses. The case caught many off guard because only rarely have crypto investors’ accounts been frozen due to trading activities.

Curiously, despite the media attention, the move against some OTCs was  probably not even due to crypto trading per se. Friends tell me that that the case is most likely linked to an online casino business that used USDT.

So what does it all mean? It’s unclear if the incidents are signals of a new crack down. Given that crypto is still a tiny sector in China, the government tends to only go after big Ponzi schemes. For investors, this could be little more than a good lesson in being cautious when the law is still in the gray zone. It has gone out of control. Bitmain’s power struggle has not only hurt company employees, forcing them to take sides, but also hurt their customers, as new shipments of mining rigs have been put on hold.

While the world is “eating the melon” of the drama, a few parties are indirectly benefiting from it. One is MicroBT, one of Bitmain’s largest competitors. Its machine, the Whatsminer M30S++, has been ranked as the most profitable mining rig and it’s been taking market share from Bitmain since last year, when the drama started.

But going beyond a co-founders’ dispute, the Bitmain drama shows the dilemma facing mining rig producers: double down on mining, or pivot to more advanced products such as AI-chips. Just like bitcoin forking to BCH and BSV, mining rig producers have to decide whether to stay on the same course, or fork to a new path.