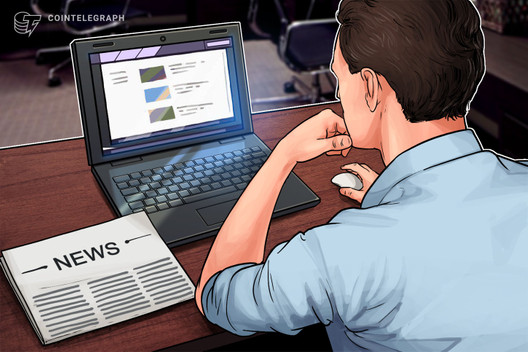 The times they are a-changin’.

“I think that my kids, when they get my inheritance, won’t feel comfortable with gold, and will feel comfortable with crypto,” Cramer told Morgan Creek Digital co-founder Anthony Pompliano on a podcast episode. “I have to start recognizing that maybe I am using a typewriter,” he said of his possibly outdated gold storage practices.

Cramer’s comment came in the middle of a lengthy interview, which saw the mainstream markets expert asking Pompliano a number of questions about crypto. A notable point around the conversation — the current economic situation in the U.S., given its debt and other precarious circumstances, and what assets might hold as safe wealth storage options.

“When I go to my inflation handbook, what it says is buy gold, buy masterpieces and buy mansions,” Cramer said referring to hedges for folks of his generation. He also subsequently included reference to him and his wife’s choice of real estate as a hedge. “What we didn’t have in that menu, was crypto,” Cramer said.

Cramer put crypto and gold in the same category, saying: “You have to have one or the other.”

“We’re on a collision course, which makes me feel great about the gold I own, but I do feel that it’s perfectly logical to add crypto to the menu,” Cramer said, in light of current economic uncertainties.

Several days ago, Pompliano previewed the conversation with Cramer, saying he convinced the CNBC host to pick up some Bitcoin. During the show, Cramer appeared ok with allocating 1% of his wealth storage to crypto.