LocalBitcoins Ramps Up Compliance Efforts in New Partnership With Elliptic 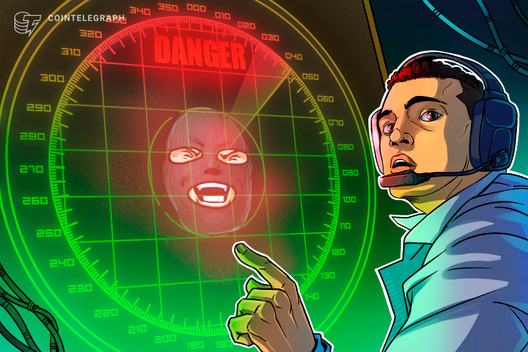 LocalBitcoins has partnered with blockchain intelligence firm Elliptic to gain access to new blockchain monitoring tools that can help prevent the illicit use of its services.

LocalBitcoins has partnered with blockchain intelligence firm Elliptic — the latest move in the veteran peer-to-peer exchange’s fight against criminal activities on its platform.

Speaking to Cointelegraph, chief operating officer at LocalBitcoins, Elena Tonoyan, said the partnership was a key step in tackling the complex challenge the platform faces. She explained:

“LocalBitcoins handles only Bitcoins — we don’t touch traditional currencies — hence we don’t have the same visibility to the traditional financial side as for example the banks. Additionally LocalBitcoins is very diverse and operates in 150+ countries, which creates its own challenges when it comes to the practical side.”

Tonoyan said that managing to process and evaluate the legitimacy of documents — in multiple languages — of the site’s global customer base requires “a huge effort.”

LocalBitcoins employs a multinational workforce — from over 20 countries — to help in this. But beyond this diversity, a partnership with Elliptic will bring access to more blockchain monitoring tools that can help prevent the illicit use of LocalBitcoins’ services.

The straight and narrow

LocalBitcoins had notably already tightened verification procedures, as part of its efforts to comply with regulations such as the EU’s 5th Money Laundering Directive (5AMLD) and international Know Your Customer (KYC) regulations.

This has sparked some backlash — if one takes the 50% drop in trading volume in the months following the implementation of the measures at face value.

Elliptic’s co-founder and chief scientist Tom Robinson has argued that introducing better controls on sites like LocalBitcoins has — whatever the costs for popularity — secured major gains in reducing criminal activities in the space:

“Like the rest of the crypto industry, peer-to-peer crypto exchanges have made huge strides in adapting to the new regulatory environment by introducing more stringent, technology-enabled anti-money laundering controls. Our data shows this has led to a 50% reduction in the volume of cryptoassets moving from dark markets to peer-to-peer exchanges.”

LocalBitcoins CEO Sebastian Sonntag has definitively left behind the site’s earlier model of operation, pledging this week to “continue to invest heavily in AML and KYC to maintain a secure and trusted platform.”

Data shared with Cointelegraph by LocalBitcoins’s chief marketing officer Jukka Blomberg indicates that roughly 2.8 million trades were successfully completed on the site between April and June 2020. Those completed trades moved an average of 19,800 Bitcoin (BTC) per month, which Blomberg noted represents “a slight increase in comparison with the first months of the year.”

Even as Blomberg contends that these stats are testament to “a healthy level of activity in the platform overall,” a glance at the historical data confirms that LocalBitcoins still has a way to go before recuperating its former peak volumes.

In an earlier interview with Cointelegraph, Tonoyan herself had argued: