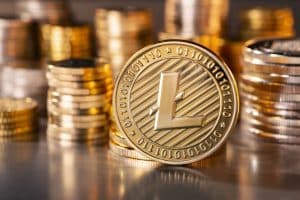 Litecoin saw a 4% price rise today as the bulls start a push upward to break the 100-days EMA at $48 and reach the $49.62 level. The cryptocurrency was trapped beneath $47.70 for the majority of April but managed to break above this level toward the end of the month.

However, the buyers were never able to climb above the 100-days EMA and were rejected on each attempt to pass it. If today’s candle can close as it is now, this will mark a break of the 100-days EMA and should put the bulls on the offensive to target the $56 level next.

Analyzing the daily chart above, we can clearly see that Litecoin was trapped at the $47.70 level for the majority of April. The resistance here was provided by a bearish .382 Fibonacci Retracement level that is measured from the Feb high to the March low.

The bulls attempted to break above this resistance at the start of April but were turned away after the attempt. The market then went on to drop into the rising trend line where support was found around the $39 level.

Litecoin rebounded from here and eventually broke the resistance at $47.70 toward the end of April.

In today’s trading session, the cryptocurrency broke the 100-days EMA as it attempts to breach $50.

The break above $47.70 turned Litecoin bullish and if today’s candle can close above the 100-days EMA this will confirm the bullish sentiment. LTC would need to drop beneath $47.70 to turn neutral again and would have to break beneath the rising trend line to turn bearish.