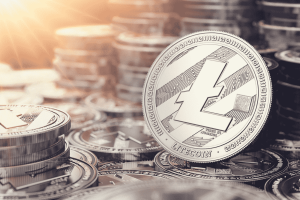 The prolonged selloff in the cryptocurrency industry since the July uptrend may be soon coming to an end if Litecoin (LTC) bounces off support at $36.76 USD. The sixth largest cryptocurrency sparked the July gains across the market as Bitcoin price shot up shortly following Litecoin’s August halving. Now, kissing the major support level at $$36.75 USD, a good bounce on LTC/USD may set a bullish reversal in play in the coming days. However, as technical indicators show, LTC bulls should be prepared for a fall towards the $30 USD mark.

LTC drops over 60% since halving

As reported, Litecoin successfully completed its halving process in August reducing the block rewards from 25 LTC to 12.5 LTC for the next 840,000 LTC blocks to be mined. Despite the halving causing a sharp rise in LTC’s price – from $30 USD at the start of the year to over $140 USD a month after the halving – the market turned bearish sweeping off all halving gains as LTC looks set to drop back to the $30.00 USD mark.

Furthermore, miners have become less interested in securing the Litecoin post-halving as the hashing rate dropped to its lowest in 2019, on Dec. 13. Currently at 135 terahashes, the hash rate has dipped over 74% since hitting all time high at the start of July. Will the coin survive a dip to the $30 USD level?

Litecoin’s price has suffered since its price hiked over 100% following the halving in May, dropping over 60% to trade at $37.08 USD as at time of writing. This is a slight rebound from the support level at $36.75 USD will require a strong push by the bulls which is key to revitalize the bullish run.

We are in the are of the 2 year anniversary of the All Time Highs for both #Bitcoin & #Shitcoin. While I do not believe this current $BTC low will swing to new lows (< $3k), I do believe that Alts will make new lows.
Q: who will still be mining $LTC under $20? pic.twitter.com/r6U51ogUxj

However, looking at the daily candle chart, volumes have been dropping since the October mini bull run to $63.00 USD which signals a possible oncoming bear trend on LTC/USD in the coming days. The MACD line death cross also shows that the price of LTC looks set for downtrend towards the $30.00 USD support levels if price breaches below the support. 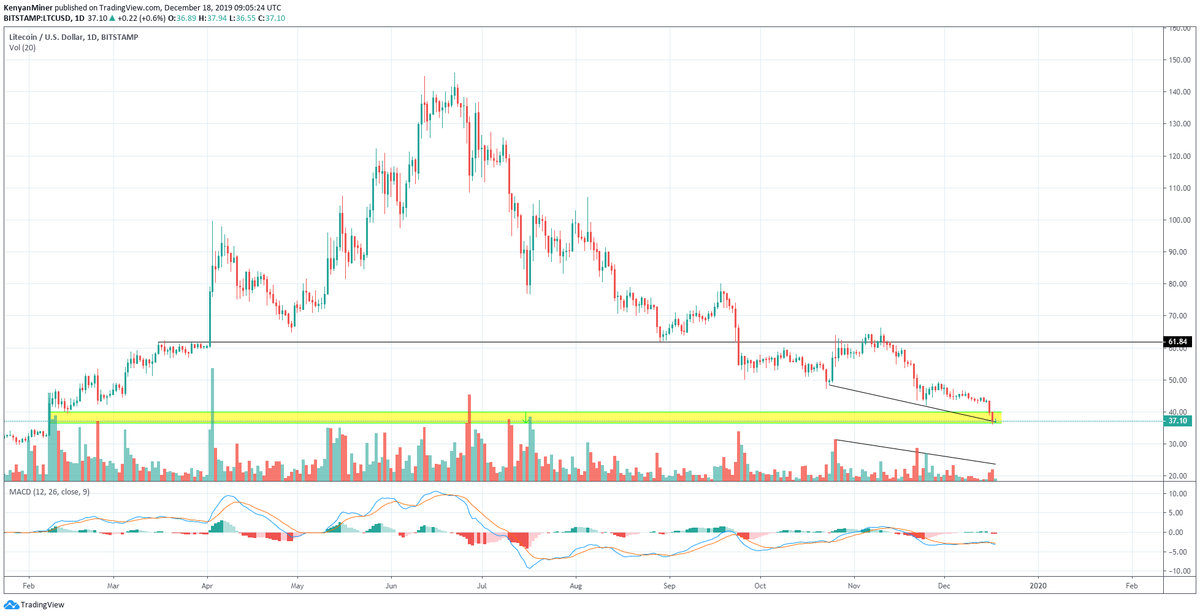 A bearish case for the market.

Litecoin has always been a good precursor to BTC’s price movements, especially when entering a bullish market. If bulls are able to push LTC/USD price above the bearish channel then a possible bull market will be on hand targeting a $61 USD resistance level breach in early next year.

However, with the market hanging on the support level, a break below will spell doom across the Litecoin market.

The post Litecoin [LTC] Selloff To $30 USD Imminent As Coin Dips Over 60% Since Halving appeared first on Coingape.