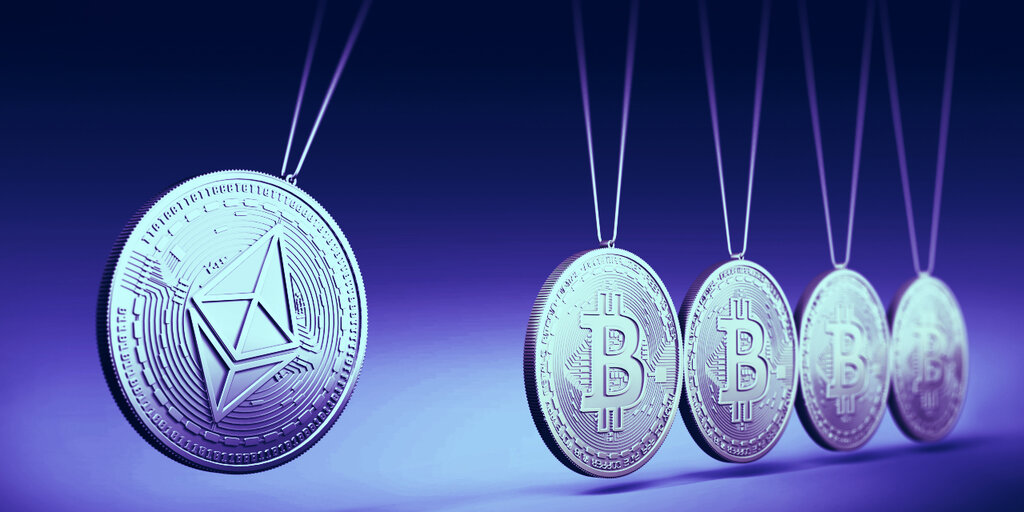 Bitcoin is moving at levels not seen in years, but the Lightning Network doesn’t seem to be keeping up.

The total value of Bitcoin locked on Ethereum via Wrapped Bitcoin (WBTC) has passed $230 million, while Bitcoin used in the Lightning Network struggles to break past $12 million, according to data from Skew Analytics.

The growing WBTC value comes as Bitcoin continues to be channeled onto the Ethereum blockchain, even as the Lightning Network continues to be upgraded for improved performance and user experience. The trend indicates growing excitement even among BTC holders over the changes to the financial system realized through DeFi, and the potentially massive returns that come with them.

WBTC reaching new ATH in market cap. Lightning struggling to get similar traction for now – both were at the same level only 3mths ago. pic.twitter.com/XcesNLbS9q

WBTC is a centralized collaboration between several DeFi protocols, including Maker, Compound, Kyber Network, Aave, and more. It’s used to lock Bitcoin on the Ethereum blockchain in exchange for WBTC ERC20 tokens of equivalent value. WBTC uses a network of trusted third-party custodians to facilitate the cross-chain value transfer.

In addition to more than 20,000 Bitcoin locked in WBTC, Ren protocol’s renBTC has also seen impressive growth since launching in May 2020, now making up nearly 10% of all Bitcoin locked on Ethereum. The renBTC design uses smart contracts to lock Bitcoin, as opposed to trusted third-parties used by WBTC. In total, more than 25,500 Bitcoin (roughly $289 million at today’s price) are currently locked on the Ethereum network.

The Lightning Network, a second layer solution intended to increase the speed and reduce the cost of Bitcoin transactions, has recently been upgraded with new features, including multi-part payments that allow sent funds to be split and routed as smaller amounts to make it easier to find a complete path of Lightning nodes to the intended recipient.

All nodes must have adequate liquidity to successfully route payments, putting large transactions at risk of failure before the upgrade. The release also includes improvements for simplified integration with wallets and easier tracking of internal transactions for tax reporting.

Notably, the Lightning Network has seen more than 260 new nodes added in the last 30 days, according to data from Lightning Network statistics aggregator 1ML. Network capacity, however, or the number of BTC in Lightning nodes available to facilitate rapid transfers, has grown by less than 1% over that same time.