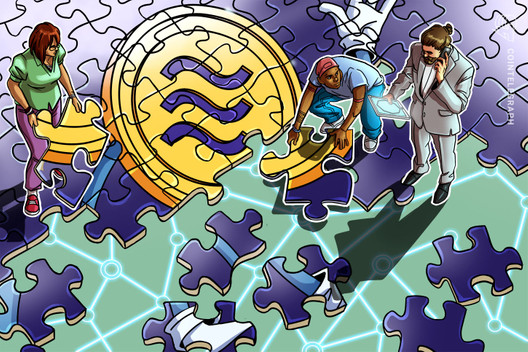 The Libra Association has appointed former FinCEN and OFAC head Robert Werner as its chief lawyer.

On May 19, the Libra Association, the organization behind Facebook’s Libra stablecoin project, announced the appointment of Robert Werner as its general counsel, in what seems to be a continuing strategy to reconcile with regulators.

Werner brings vast experience from both the public and private sectors, including serving as the director for the Finance Crimes Enforcement Network (FinCEN) and overseeing both HSBC and Goldman Sachs’ enterprise executive for policy and regulations.

In its latest high-profile appointment, Robert Werner has been announced as general counsel to the Libra Association.

Werner is also the founder and former CEO of GRH Consulting, and previously served as the director of the Office of Foreign Assets Control (OFAC), and as senior counsel to The Under Secretary of The Treasury.

“I have dedicated my career to combating financial crime and helping complex organizations achieve regulatory compliance, both in government and in the private sector,” said Werner.

“I am grateful for the opportunity to join the Libra Association, as we work to transform the global payments landscape to empower billions of people […] I look forward to meaningfully contributing to such an impactful project,” he added.

The hiring of Werner comprises the Libra Association’s latest high-profile appointment amid efforts to navigate the U.S. regulatory landscape.

On May 6, the Libra Association announced Stuart Levey, former undersecretary for terrorism to president Barack Obama, as its first CEO.

Since Facebook’s initial white paper for the project last year, Libra has faced pushback from regulators, leading to Libra implementing changes to its whitepaper in a bid to alleviate the concerns of lawmakers.

“They are targeting a market which is ready-made for them in the sense that people are already making transactions on Facebook, and Messenger, and WhatsApp, and Instagram — they own the lot. So they’ve got the message traffic, and those people are doing economic transactions already using fiat,” he said.

Libra will launch with “a very large ‘domain possibility’ — perhaps more than any other cryptocurrency,” he Vaz added.