Legendary Cryptographer on Building the First Blockchain in The '90s

Legendary Cryptographer on Building the First Blockchain in The '90s 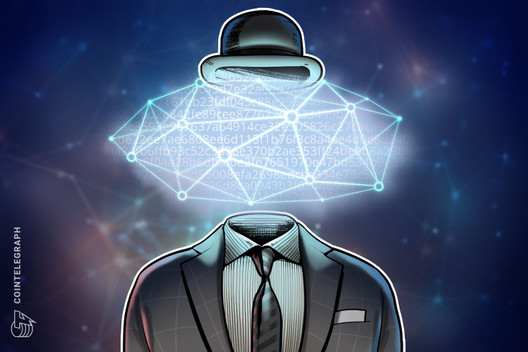 In an exclusive interview with Cointelegraph, renowned cryptographer Jean-Jacques Quisquater discusses building the internet’s first blockchain in the 1990s and being cited in the Bitcoin Whitepaper.

In 1989, Quisquater began working on transitioning media from analog to digital systems for Philips Research Lab in Brussels, where he had been working for 19 years.

“The goal was to take a current (analog) situation in real life, and find out how to handle it in digital systems,” said Quisquater.

We did that for analog signatures, time, location … and we discovered many problems, some still to be solved correctly, but we took special care for time (we called it timestamping).

After investigating concrete situations in which timestamping is crucial, the research lab had a series of “very positive meetings with Belgian notaries” during the same year.

Quisquater stated that the research lab produced a system in which the digital signatures of notaries are used to timestamp documents that are communicated across a distributed network and stored on a database:

We imagined, together with the notaries, a system where notaries could convert documents into a digital version (pdf was not there at that time), put a digital signature on it, and send it to a trusted central authority of the notaries (in Belgium, we call it l’Ordre des Notaires, a central location). At the time there were some digital communications between notaries using modems (forget internet).

“The next problem was what to do at the central location,” said Quisquater. “We then imagined using cryptographic hash functions in order to register in a secure way to receive messages without any possibility of changing it with the digital signature of the central authority (ordre des notaires).”

And one day I discovered that it was possible to use that without the use of such signatures if the whole file (chain) is public for all notaries. The concept of (block)chain was created!

However, Quisquater noted that the lab also experienced escalating financial difficulties, leading to its closure at the end of June 1991.

Quisquater then began working for the Belgian university UCLouvain, “in a very bad position” where he was paid “the lowest possible salary for a professor,” and only worked half-hours.

However, in 1996, he received a grant alongside Bart Preneel of KULeuven university to work on a project called Timesec.

“The idea was to introduce standards at the [International Organization for Standardization] ISO and [Internet Engineering Task Force] IETF levels about secure digital time in order to get a more secure tool as [Network Time Protocol] NTP,” said Quisquater

The cryptographer recounts papers written by Scott Stornetta and Quisquater’s long-time friend Stuart Haber offering ground-breaking insights into the use of hash functions for timestamping at the time — papers that are also cited in the Bitcoin Whitepaper.

After receiving the grant, Quisquater began to work on implementing the first blockchain on the emerging internet alongside Haber:

“The first blockchain, by Stuart, was using NYTimes to publish hash values (surety.com). It still exists. We used blocks (the real idea of Merkle) chaining with 2 secure hash functions (in case one is broken) and a secure pseudo-random generator.”

Quisquater recounts that the IETF “was not really interested in our ideas (too complicated), but ISO was able to publish a working draft and then an ISO standard about blockchains [that] was continued till very recently.”

Five papers were written about the project, including “Design of a secure timestamping service with minimal trust requirements” — the second reference listed in the Bitcoin Whitepaper.

Haber and Quisquater’s system did not involve any form of mining.

Last week, EAL7-security certified hardware wallet manufacturer Ngrave announced the appointment of Quisquater as an advisor ahead of the launch of their flagship Zero wallet.

Quisquater stated that he will advise the company on “how to secure a chip, a physical object, and how to make sure that a cryptographic algorithm is the right one,” in addition to “general rules to handle security.”

“It was apparent that Quisquater shared the same vision as the Ngrave team,” said Merre, recounting that when they next met in person, “the Ngrave team explained their newly invented key generation process, and Quisquater told the team he had the exact same thing in mind.”

Quisquater has also advised 12 blockchain startups, four initial coin offerings (ICOs), and has given at least 25 talks on the subject of blockchain over the past three years.