Lawyer: It could be years before QuadrigaCX users see a penny 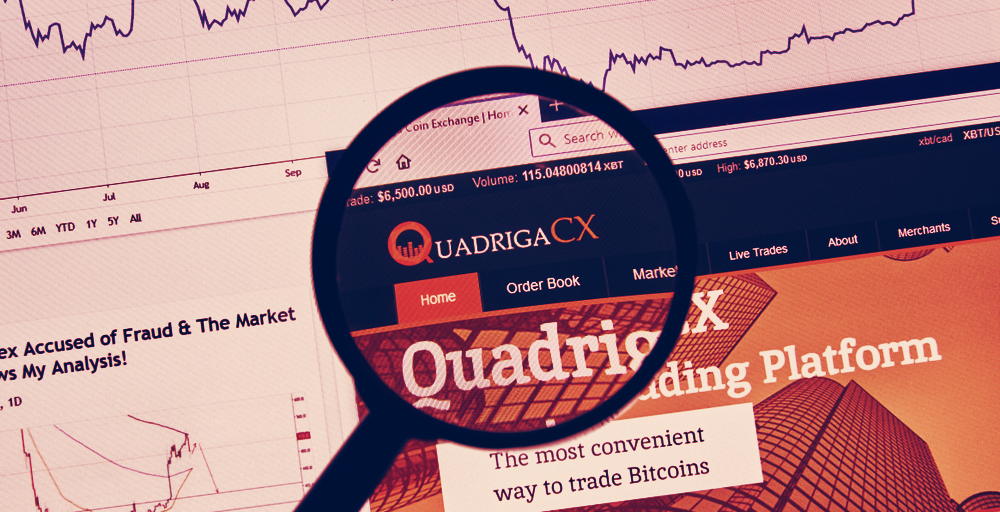 According to a document published today by Ernst & Young, the trustee in the QuadrigaCX bankruptcy case, nearly 17,000 victims have so far filed claims. But according to one lawyer, it may be years before any of them sees a dime from the failed Canadian crypto exchange.

“Mt. Gox is in its sixth year,” said Evan Thomas, in referring to the bankruptcy trial of the large Tokyo-based Bitcoin exchange that went belly up in 2014. His point? These crypto-related bankruptcy cases take a long, long time. And Quadriga is only in its second year.

The Canadian bankruptcy attorney—who was not involved in the Quadriga case—was on a panel at Coindesk’s Consensus Distributed conference Tuesday to discuss the curious details surrounding the failed exchange.

He was joined by Magdalena Gronowska, who sits on the committee that represents the exchange’s former users, and Tong Zou, a former user, who claims he lost his life savings—more than $400,000—on the exchange.

Ernst & Young has yet to approve the roughly $300 million worth of crypto and fiat in claims it received. Gronowska, Tong, and other victims will only be getting about a tenth of what they lost—Ernst & Young so far has only recovered about $30 million.

QuadrigaCX went bankrupt in January 2019, following the bizarre death of its founder Gerald Cotten, who, as the trustee later claimed, spent most of his customers’ money on a luxury lifestyle that involved traveling the world, buying up properties, and gambling away tens of millions on a Bitcoin derivatives exchange.

What could hold up the distribution? Several things, Thomas noted. The Canadian Revenue Agency—which is currently auditing the exchange—may come forward and file a claim for unpaid taxes. That could set up a confrontation between the affected users and the revenue agency, “because obviously it’s going to dilute the claims of the affected users.” (Miller Thomson, the law firm for Quadriga’s affected users, said in a letter Tuesday that the CRA needs to make a claim before any money can be dispursed.)

The other thing that could happen is that one or more of the victims dispute their claim. “If some users are claiming that they’re owed more than the trustee believes they are, that could set up a dispute that delays things. That’s exactly what’s happened in Mt. Gox.”

Said Thomas: “The best-case scenario is that the CRA doesn’t file a claim, there aren’t a lot of disputed claims and that the trustee can proceed to a distribution of what it has on hand relatively soon.”

And what about the other creditors? According to earlier court documents, there were 115,000 active user accounts on QuadrigaCX at the time it went dark—that’s 10x the number who actually filed claims, as of May 6.

Gronowska shared a few theories. She thinks many of the accounts may have been dormant—or they just had such a small amount on the exchange (say, less than $100), that filing a claim would not have been worth the effort. Others may have had privacy concerns.

“Maybe there are some people that just want to stay under the radar and don’t want to make themselves known as owning cryptos. They’re like, I’d rather keep my privacy completely and not submit a claim,” she said.

She also thought it was odd that the total claim amount came to $300 million because that’s close to the amount that was on the exchange originally.

Tong, also told his story. He wasn’t a regular cryptocurrency trader, he said. But he had just sold his condo and was moving back to Canada from the US. And he needed a way to move all that money across the border without incurring a lot of bank fees. That’s when a lightbulb went off in his head.

“I thought, well, moving large amounts of money very fast and easily, isn’t this what Bitcoin was designed for?

He chose QuadrigaCX, but his timing, fall of 2018, was unfortunate as it was just when people were starting to report trouble getting their money off the exchange.

“I was just trying to move my money and trying to do this new way of moving it and I thought I was being clever, and I got really burned for it,” he said.

Tong said the exchange actually marked his withdrawal as complete, but the money never showed up in his bank account.

“Like, they didn’t actually give you the money, which makes it even harder for EY to count these claims,” he said.

QuadrigaCX had no bookkeeping or accounting records, so the trustee had to piece all of the records together, between what data was on the exchange, third-party processors (who were actually handling sending the cash to customers) and the claims that are as of now, still coming in.

All of these factors add up to, many victims likely will not be seeing any portion of their QuadrigaCX funds for a few years more.

“These things take time,” Thomas said. “Particularly when, in this case, it’s just an awful mess for the trustee to sort through and figure out who’s owed what.”

Source: Decrypt Lawyer: It could be years before QuadrigaCX users see a penny