Law Decoded: Regulators Are Guarded But Getting There, July 3-10 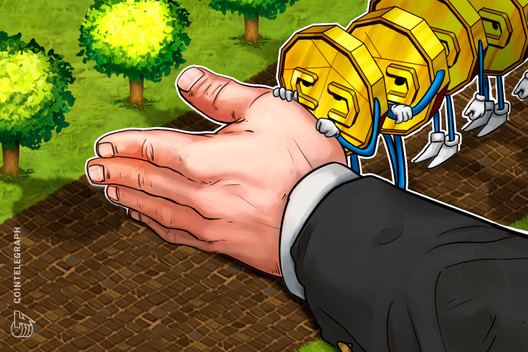 This week has seen some major breakthroughs in disguise, reminding us of how regulation doesn’t all happen at once.

To be fair, everyone seems to acknowledge that markets and trading systems need comprehensive upgrades, but national and international regulators are accountable to a wider range of concerns than any specific industry. The crypto industry sometimes takes that as a personal slight, waiting for some sudden burst of the regulatory dam. Progress is more like erosion.

That being said, this week has seen some hopeful if oblique changes in regulatory posture. I’ll be trying to piece together some major developments from the SEC’s attitude toward security tokens, as well as the unconfirmed first public offering by a crypto exchange, and also deciphering the newly announced strategy from the CFTC.

#mc_embed_signup{background:#fff; clear:left; font:14px Helvetica,Arial,sans-serif; } /* Add your own Mailchimp form style overrides in your site stylesheet or in this style block.   We recommend moving this block and the preceding CSS link to the HEAD of your HTML file. */

Security tokens see light at the end of the SEC tunnel

Not that long ago, a certain strain of industry hype promised that tokenized securities would be blockchain’s killer app. However, the plight of reconfiguring global securities markets has ended up taking some time. This week saw the launch of a new product by Arca in the U.S., a tokenized fund based primarily on Treasury securities.

Arca had been working with the Securities and Exchange Commission for two years, trying to satisfy them that the fund and its attached ArCoin — with peer-to-peer trading — would be able to meet all necessary AML/KYC requirements and provide investors with secure trading. The fact that the fund is based on low-volatility government securities certainly helped, as does the fact that trading will remain relatively siloed in a single portal for the time being.

An extensive roster of firms is courting the SEC with inventive formats to offer retail investors new forms of digitized investments. The carnage of manila folders and red tape over a Bitcoin ETF continues, while Wilshire Phoenix recently changed tacks to file a BTC trust with the commission, but those are both investments that are at least somewhat based on a cryptocurrency.

There are a number of functioning digitized securities unconnected to any given crypto asset within the U.S. already. Limited markets on which to trade are a major part of that current hold-up partially because it takes so long to get any proposal through the SEC. This week, the SEC also voted on changes to registration under the 1940 Investment Company Act. They promise “an expedited review procedure for applications that are substantially identical to recent precedent.” Which is to say, these pioneer projects may have just gained some leverage.

With its more limited purview, the Commodity Futures Trading Commission is generally a less aggressive regulator than the SEC. Indeed, CFTC Chairman Heath Tarbert commented this week that his commission is waiting on the SEC to determine the status of most tokens as securities or commodities. Nonetheless, the recent priority the CFTC placed on solid rules for crypto asset and futures trading is major news for the industry.

The CFTC’s new strategy guidelines are especially noteworthy, given Tarbert’s well-documented interest in the sphere and the fact that the new strategy lines up with the rest of his term as chairman. July 15 is in fact the end of his first year, so the commission’s presence in the public eye over the past week could be seen as a sort of anniversary celebration.

At this point, the term “regulatory clarity” has lost more or less all meaning, becoming a convenient and inoffensive buzzword. Similarly, “innovation” is a word that stakes no specific ground, but nobody can really object to it. As a point of policy, the vision that the CFTC or Tarbert himself are working toward — the “holistic framework,” as the recent publication puts it — for crypto assets remains cryptic.

But by the same token, while political language depends on vague goalposts, the inclusion of digital assets as a priority in a four-year plan, which has certainly been the subject of long-standing backstage debate, is nothing if not meaningful.

Coinbase, the flagship crypto exchange of U.S. compliance, may be looking to go public later this year. Per unnamed sources speaking with Reuters, Coinbase has been in conversations with the SEC to issue the first public stock in a crypto exchange in the country.

The information is difficult to confirm. Coinbase is notoriously uncommunicative with the media, but rumors of an IPO may well be part of a strategy to build hype. Still, going public would be the next logical step.

The benchmark for a unicorn is a privately held company valued at over $1 billion. A 2017 funding round put the valuation on Coinbase at $1.6 billion, a number that the firm shattered with a $300-million investment round that raised that overall valuation to $8 billion in 2018.

Based in San Francisco, Coinbase has long been focused on making crypto work within the confines of U.S. regulation. Whatever happens to their IPO is likely to be either a rallying cry or a cautionary tale for the industry.

Jerry Brito, the leader of Coin Center, writes on the way that the CBDC conversation has misconstrued obligations to do AML/KYC on private transactions.