Law Decoded: Of Street Marches and Market Manipulators, May 30–June 5 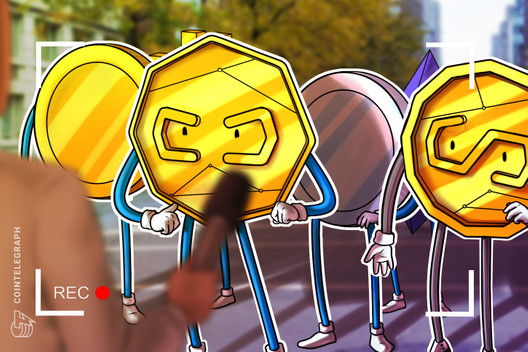 As protests rage throughout the United States, this week’s biggest moves in crypto law were behind the scenes.

Cointelegraph’s weekly newsletter on the latest in law, policy and regulation for the crypto and fintech industry.

A lockdown spring is giving way to a protest summer in the U.S., and this will be an especially U.S.-focused edition of Law Decoded. Washington’s focus has shifted from the novel coronavirus over to the mass demonstrations around the country as well as near the White House. The world watches the combined police and military response that has met the protests.

Policymakers are still working to clean up the mess that COVID-19 has made, with the House only recently returning to session. Factoring in the fresh and massive demand for more work against racism and police brutality, new legislation on fintech is not at the top of the agenda. While some tone-deaf crypto die-hards may disagree, this is not a problem for Bitcoin to solve.

Nonetheless, as police surveillance in the U.S. becomes more blatant, many activists are showing greater interest in encryption and decentralization, especially for messaging platforms. Black Lives Matter moved over to Telegram. The week has also seen critical developments for crypto outside of the main headlines, mostly in courts and at regulatory agencies.

Brian Brooks took over at the Office of the Comptroller of the Currency, the Treasury office that handles banks. As Brooks joined the OCC from Coinbase’s legal team at the end of March, there was speculation that his appointment was part of a bridge between banks and crypto technology. The increased interest in fintech at large during the COVID-19 lockdowns that had just begun reinforced that impression.

Yesterday, the OCC invited crypto industry players and banks to put their heads together on ways of streamlining the financial system. Speaking with Cointelegraph, Brooks expressed enthusiasm for a whole range of crypto-enabled updates to legacy systems.

Beyond Brooks’ work at the OCC, his immediate interest in the office stepping up its work with the crypto industry suggests what some suspected: This is what they hired him for.

In a similar vein, with her term ending this month, Hester Peirce has been renominated for another five years as commissioner at the SEC. Known as Cryptomom, Peirce is a noted industry advocate, most recently championing a safe harbor for networks to decentralize. Her continuing presence on the commission would add to the general sense that government agencies are looking for people to onboard crypto expertise onto financial regulators.

The hunt for Venezuela’s crypto minister

The U.S. has long fought to stamp out the Venezuelan government’s oil-backed cryptocurrency, the Petro, as part of a broader sanctions campaign. As a result, the Petro has floundered in most parts of the world and even internally is supported by a series of unbacked declarations from Joselit Ramirez Camacho, the supervisor of Venezuela’s crypto program.

In the same week that Venezuela mandated that gas stations accept the Petro, U.S. Immigration and Customs Enforcement put out a $5 million bounty for information leading to Ramirez Camacho’s capture.

At the end of March, the Department of Justice filed charges of money laundering and drug trafficking against Venezuelan President Nicolás Maduro. While they may be plausible, whether or not Maduro laundered money is certainly less important to the charges than the fact that the U.S. government wants him gone. However, attorneys at the time denied that there was evidence of laundering in crypto.

Targeting Ramirez Camacho suggests that crypto, specifically the Petro, has gone up in the U.S.’s list of priorities when it comes to wearing down the Maduro regime.

The class-action lawsuit in New York City alleging that sister companies Bitfinex and Tether worked together to manipulate the global cryptocurrency market consolidated recently, with the legal teams of Selendy & Gay and Roche Cyrulink Freedman taking over as lead counsel for the class after a contentious battle between four separate groups of plaintiffs.

The plaintiffs have filed a new and improved complaint in that class action, alleging that the firms are legally on the hook for over $1 trillion of market manipulation owed to crypto investors over the past three years or more. The expanded complaint also ropes in Bittrex and Poloniex, other major exchanges.

As has become routine over the course of these class actions, Bitfinex and Tether issued a statement dismissive of the claims and confident of success. However, the armada of lawyers that filed the separate actions clearly smelled blood in the water.

The allegations hinge upon an investigation by the New York Attorney General into an $850 million deficit in Tether’s supposed 1-to-1 dollar reserve. Despite Tether’s controversy, USDT remains the most-traded cryptocurrency in the world day after day.

In the face of Facebook’s resistance to flagging social media posts from President Trump, Chris Meserole looks at the challenge of moderating.

Attorneys from Baker Hostetler break down the class action over Tezos ICO that is currently in talks to settle over some $25 million.

The protests have reshuffled the list of most-downloaded apps in the U.S., writes Vox’s Rani Molla.