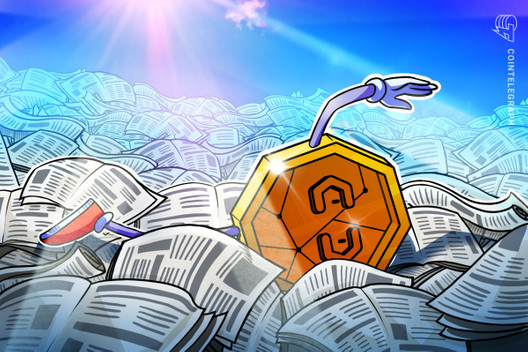 These are times strange enough that every conversation seems to include some verbal acknowledgment like “strange times, huh?” A quasi-anarchist police-free leftist separatist bubble has formed and is growing on Seattle’s Capitol Hill — a sentence that resembles a David Foster Wallace plot more than anything I ever anticipated treating as news.

Both India and Russia have been hemming and hawing over long-discussed crypto bans, while the latter will be voting on controversial constitutional amendments allowing Vladimir Putin to extend his already 20-year term as president of the Russian Federation. This vote will reportedly be happening on a blockchain. Given Moscow’s recent history with elections, ingenious tampering is to be expected regardless.

The U.S. is likewise facing major controversy over inept or even suppressed voting. With COVID-19 continuing to keep people at home and a presidential election later this year, the demand for remote voting has never been greater.

Blockchain’s potential role in self-determination and distributing information has, consequently, flared up this past week. As Congress considers how it will prioritize privacy and autonomy in the technical implementation of a digital dollar, the New York Times aims to verify pictures from social media using blockchain to track metadata.

Pentagon squares up against simulated hackers working to earn BTC

The United States Department of Defense hosted a war game that incentivized young hackers to attack financial and government institutions and launder the money. The simulation rewarded the hackers in Bitcoin for their work starting a “Zbellion.”

The war game reportedly began in 2018 but is reflective of a broad and long-term strategy shift. Recent years have seen a radical pivot in the Pentagon’s overall focus. Despite the continued presence of active-duty soldiers in Iraq and Afghanistan, the folks at home have de-emphasized guerilla fighting and insurgencies. In their stead has come new training for great power conflict as well as cyber defense.

Cyber vulnerabilities have been thrust to the forefront of conversations about national security, especially after Russian interference in the 2016 election. Space Force is a good example of this as well — its most proximate goals will be protecting critical satellite infrastructure from hacks rather than building the Enterprise.

Broadly, however, cyberinfrastructure has been an unspoken pressure point for a long time. America’s traditional military force remains the largest and best-funded in the world by a long stretch, but as more and more of the country goes online, adversaries can scan a wider range of undefended targets. Whether ominous or prescient, given current protests including a police-free “autonomous zone” growing in Seattle, this war game focused not on an external threat but an internal rebellion.

In a hearing on Thursday, the Congressional Fintech Task Force looked at new ways of structuring the relationship between the Federal Reserve and U.S. citizens.

The conversation was remarkably amicable, with everyone seeming to agree on the need for new technology to clear out archaic financial pipelines that they had to use to distribute direct payments and loans for COVID-19 aid.

Nothing is that simple, however. The flurry of legislation promoting a digital dollar in the wake of the CARES Act was indeed encouraging for those looking to see the U.S. implement blockchain technology to speed up the dollar while keeping it a proper bearer instrument — as private and uncensorable as cash, in other words. That is, however, a much more controversial proposition than letting people access a bank account at a post office.

Predictions are a dangerous business, but odds seem good that Congress will push through a major rethinking of citizen accounts in the medium-term. But that could end up looking more like a wallet attached to a social security number, which might well absorb all the current momentum on the subject, leaving none for a true CBDC.

The fraud of the living dead

Canadian exchange and ponzi scheme QuadrigaCX was the subject of one of the more salacious stories in the annals of crypto. This week, the Ontario securities regulator confirmed the exchange to be a fraud but concluded that it was impractical to press charges due to the death of its founder, Gerald Cotten.

For those who have not been following the story, there is considerable uncertainty over Cotten’s fate. The version of events from his team was that he experienced catastrophic intestinal issues while volunteering at an orphanage in India on his honeymoon.

The convoluted nature of this story, alongside the theft of some $170 million of investor funds, has led many to think Cotten’s death was in fact a hoax designed to shake off legal repercussions. One law firm actually requested a court to exhume Cotten’s body and perform an autopsy to prove his death.

For now, however, Cotten has either done the seemingly impossible and disappeared in a digital world, or he is actually dead.

As Hong Kong and London teeter on the loss of access to critical financial markets, Michael Greenwald writes for Harvard’s Belfer Center on what that means for New York and the dollar.

Vice’s Samantha Cole reports that PayPal and Venmo’s limits on transfers are stalling charitable payments intended to bail protestors out of jail.