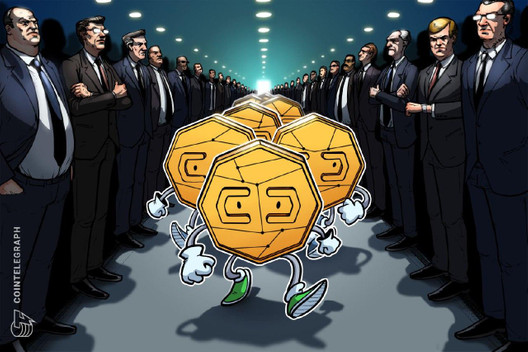 Regulators are warming up to crypto around the world as they embrace innovation for economic recovery.

The week has been remarkably active for policy, possibly as a result of economies showing signs of heading slowly back to normal. While crisis remains, it seems like everyone has gotten numb to crisis mode.

Recent news has been quite kind to crypto all over the world. We may in fact be seeing a trend that many predicted back in March when COVID-19 lockdowns first took hold. Beyond the immediate importance that a disease that can be transmitted by cash gave to digital payments — or even the need to send money to hundreds of millions of people at once — the moral seems to be: On the road to economic recovery, regulators are willing to get creative. Bullish news for tech in general, crypto in particular.

At the same time, given both the ongoing protests over racism in the U.S. and globally — happy Juneteenth, incidentally — and broader conversations about financial dispossession and inequality, it seems like a good time for this industry to get reflective about how to advance the inclusion that is part of the promise of crypto.

Telegram returns to the fold

After maintaining a (highly permeable) ban on the popular messaging app for two years, Russia has formally unblocked Telegram.

Roskomnadzor, the country’s telecoms regulator, said that the move was in response to Telegram’s work to stamp out terrorist activity on the encrypted app. This is a disingenuous rewriting of why Telegram fell under a ban in the first place. It also neglects the extensive PR campaign that Pavel Durov, Telegram’s founder and Russia’s prodigal son, has run to rehabilitate the app in the country.

Pavel and his brother Nikolai designed Telegram to function as a free outlet in Russia’s restrictive media environment. Political rivals to Putin like Alexei Navalny communicate with their followers via Telegram, a major reason for the app’s popularity in Russia and other countries whose media are subject to censorship.

Though its resistance to censorship has traditionally irked Russia, Telegram may have looked to make amends after running afoul of U.S. regulators. Last month, the U.S. SEC effectively shut down the firm’s planned blockchain network, TON, and forced the return of $1.7 billion gathered for the network’s native GRAM tokens.

In terms that certainly appealed to Putin’s geopolitical sensibilities, Durov denounced the global hegemony of U.S. authorities, setting the stage for a reconciliation.

After the SEC put its foot down on a proposed Bitcoin ETF in February, Wilshire Phoenix has come back with a new filing for a BTC trust.

Similar to Grayscale’s, the trust would give investors exposure to Bitcoin’s price movements with a premium on the actual cost as well as an annual fee for providing custody. It is a means of making Bitcoin accessible.

The more options that exist, the better for investors, but the question still stands: Who will get approval for a Bitcoin ETF in the U.S.?

WisdomTree has a long history of trying to advance trading with crypto and put traditional securities trading on the blockchain. This week, they filed an application for an ETF with a small Bitcoin futures allocation in the hopes the the balance with other commodities will finally placate the SEC.

The CFTC and the laissez-faire conundrum

The current CFTC Chairman Heath Tarbert published a new framework advocating a departure from rules-based regulation. Days later, Tarbert’s predecessor, J. Christopher Giancarlo, wrote an opinion piece saying that XRP is not a security but rather a currency.

The crypto community often treats both Tarbert and Giancarlo as almost folk heroes for their interest in cultivating the industry. Both have worked to classify Bitcoin and Ether as commodities, making them fall under the purview of the CFTC, which is why the U.S. now has ETH Futures trading, as compared with the continued holdup over a Bitcoin ETF, which is the zone of the more aggressive SEC.

In general, both chairmen have won favor for their laissez-faire approach to crypto, and indeed Tarbert’s framework advocated principles-based regulation based on the argument that this encourages innovation. This is broadly true. Part of what that entails, however, is making it more difficult to bring bad actors to task. A classic trade-off.

Giancarlo’s argument for XRP sets up a similar predicament. While he is no longer in a political position and so is not tasked with pursuing bad actors, his approach to XRP becomes part of the dialogue. Policy is ultimately shaped by the circulation of ideas.

The use case for XRP that Giancarlo focuses on is interesting: A means of international exchange between banks and financial institutions is interesting. However, his opinion goes to great lengths to avoid saying that the XRP market is a direct source of funding for Ripple Labs, which controls an overwhelming share of XRP’s supply in escrow that it accesses monthly. It’s a disservice to investors to leave that out of the argument.

For the Council on Foreign Relations, former DHS policy advisor Camille Stewart writes on the threat that racism poses to America’s cybersecurity.

Amid a tide of hype around central bank digital currencies and financial inclusion, Nikhil Raghuveera reflects on what CBDCs can and cannot accomplish for the dispossessed.