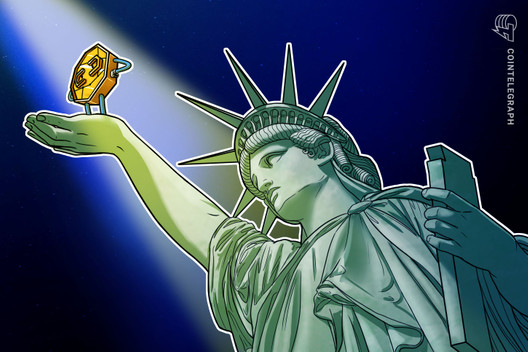 New York, New York runs the show this week as the site of a host of developments and setbacks for crypto.

The largest city in the United States and the world’s financial capital for most of the past century, New York City is also used to playing a starring role in the worlds of art, music, literature and film. What with all the attention, the Big Apple sometimes gets a big head. But this week, it’s also earned the spotlight as the stage for a marathon of fintech law dramas.

Given New York City’s status, it’s not uncommon for Americans to be more familiar with the name of its mayor than their own governor. New York’s courts steer the rules for the national and even the global economy. It’s also a coveted market, including for crypto firms that also operate under the if-I-can-make-it-here-I-can-make-it-anywhere philosophy.

Today, we’re taking a look at a botched appointment to New York’s most important court, a case with major implications for future ICOs coming to an end in the same court, and new opportunities for crypto firms looking to set up shop in the city that never sleeps.

Should I stay or should I go?

Jay Clayton, chairman of the Securities and Exchange Commission and longtime roadblock to cryptocurrency firms looking to operate within the U.S., was at the center of a bizarre scandal involving President Trump, Attorney General William Barr and the court of the Southern District of New York.

Unceremoniously late on Friday night, the Justice Department announced that Geoffrey Berman, the attorney for the SDNY, had tendered his resignation. The same announcement nominated Clayton as Berman’s replacement.

The SDNY includes Manhattan and as such holds huge authority over global finance, including crypto. The Telegram and Bitfinex cases are ongoing there. Under Berman, it is also the court that sent Trump’s old lawyer, Michael Cohen, to jail and is investigating his current lawyer, Rudy Giuliani.

According to Berman, he learned of his own resignation from the same Friday night announcement. Clayton’s status remains uncertain, as Berman’s deputy, Audrey Strauss, has taken the reins and the Senate does not look likely to confirm any nomination of Clayton, which has become heavily politicized.

Clayton was known to be looking to move back home to New York. Reports say that he mentioned interest in Berman’s job at the SDNY while golfing with Trump. Despite the incredible clumsiness of the transition, any potential change at either the SDNY or SEC is a must-watch.

As of yesterday, the case of the SEC v. Telegram is effectively over, barring any radical movements from Judge Kastel. The court is currently reviewing a final judgment that would see Telegram return $1.2 billion to investors in its $1.7 billion ICO — a judgment that the legal teams of the SEC and Telegram drafted jointly.

The case has captivated the crypto community since it began in October. It’s been a flagship case of a failure of a long-standing framework for offering tokens. Telegram’s integrity with regards to user data and information, as well as the app’s famous ability to circumvent government censors, has earned them a fair share of goodwill among the crypto industry. That same integrity, however, deprived the messenger of a clear revenue model, likely setting off the SEC’s alarms during the presale of GRAM tokens.

Telegram’s fight has sparked a whole generation of conversations about the authority of the SEC and how a firm can hold a presale for a token in development. Controversy lingers over the completeness of the TON blockchain at the time of the scheduled token distribution. SEC Commissioner Hester Peirce’s safe harbor proposal for tokens in development is likely to be an intellectual response to the Telegram case, though she has declined to confirm or deny that direct connection.

Part of the crypto industry’s interest in what becomes of Chairman Jay Clayton (see above) is a consistent sense that firms like Telegram have lacked clear guidance. This case will certainly remain a central reference point for future pushes to update securities law.

As the financial hub of the world’s largest economy, New York regulators get to call shots that many other jurisdictions don’t. For crypto, nothing embodies that more clearly than the Bitlicense, a highly selective authorization from the New York Department of Financial Services.

Since giving the first license to Paxos in May of 2015, the NYDFS has only granted 25 firms Bitlicenses. This week, however, they announced a new strategy, allowing firms to apply for conditional licenses.

How exactly these conditional licenses will play out remains to be seen, but for now, it seems like a helpful probationary period for firms that don’t make the cut. It’s been especially troublesome for firms based outside of the U.S. to get Bitlicenses, possibly due to a sense that it’s tougher to bring them to task for any wrongdoing or missteps. As always, though, there is a tradeoff to such trade barriers.

Analogous to recent moves from the Trump administration to restrict foreign and especially Chinese grad students from coming to the U.S., blocking foreign firms from operating in the most prized of U.S. markets risks cutting the U.S. off from global brainpower and innovation. Not a good bet long-term. The new conditional licenses may be a sign that the NYDFS is thinking along the same lines.

The Blockchain Association looks at how regulators may be reinventing the wheel with CBDCs as compared to existing stablecoin technology.

Writing for Coin Center, Andrea O’Sullivan weighs in on the classic debate of how much Bitcoin and other cryptos do or can impact traditional monetary policy.