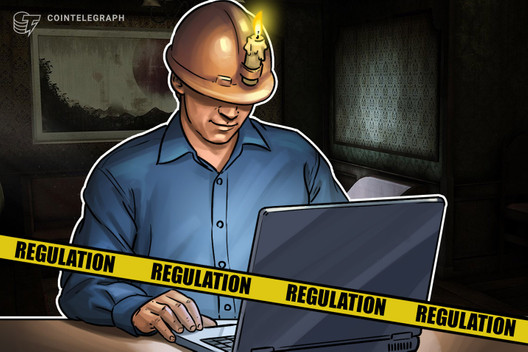 Kyrgyzstan’s parliament is deliberating on a tax regime for miners that would be the country’s first regulated framework for crypto activities.

Lawmakers in the Kyrgyz Republic are considering a bill to tax and regulate cryptocurrency mining activities.

The bill, On Amending the Tax Code of the Kyrgyz Republic, seeks to increase government revenue by establishing taxation obligations for miners, in addition to establishing clear definitions for the terms ‘virtual assets’ and ‘mining’ within the context of cryptocurrencies.

If passed, the new taxation regime would comprise the first major step taken towards cryptocurrency liberalization on the part of the Kyrgyz Republic, with the country explicitly prohibiting crypto assets as a means of payment in July 2014.

The proposed law would tax miners at a flat rate of 15% of profits generated through the sale of mined crypto assets. The bill was first proposed in August 2019, and its estimated that it could capture an additional $4.2 million toward the Kyrgyz Republic’s roughly $1 billion annual budget.

The parliament also discussed the introduction of a designated electricity rate for miners, following the Supreme Council’s suggestion of $0.05 per kilowatt-hour (KW/h) in December of last year — a 70% premium compared to the country’s average price of roughly $0.030 per KW/h.

However, several lawmakers raised concerns related to mining activities during the parliament’s deliberations on June 3

Deputy Aaly Karashev highlighted the impact that large-scale crypto mining activities may have on Kyrgyzstan’s limited electricity generation capabilities, with the country currently importing nearly twice as much power as it exports.

Deputy Natalia Nikitenko echoed apprehensions relating to energy consumption, but also noted the persistence of illegal mining operations in spite of the Kyrgyz Republic temporarily suspending the activity in September 2019.

Kyrgyzstan’s government ceased supplying electricity to 45 mining firms in September, asserting that the companies’ total consumption of 136 megawatts exceeded that of the local regions of Issyk-Kul, Talas, and Naryn combined.