Kraken Will Be First US Crypto Bank. Here’s Why It Matters 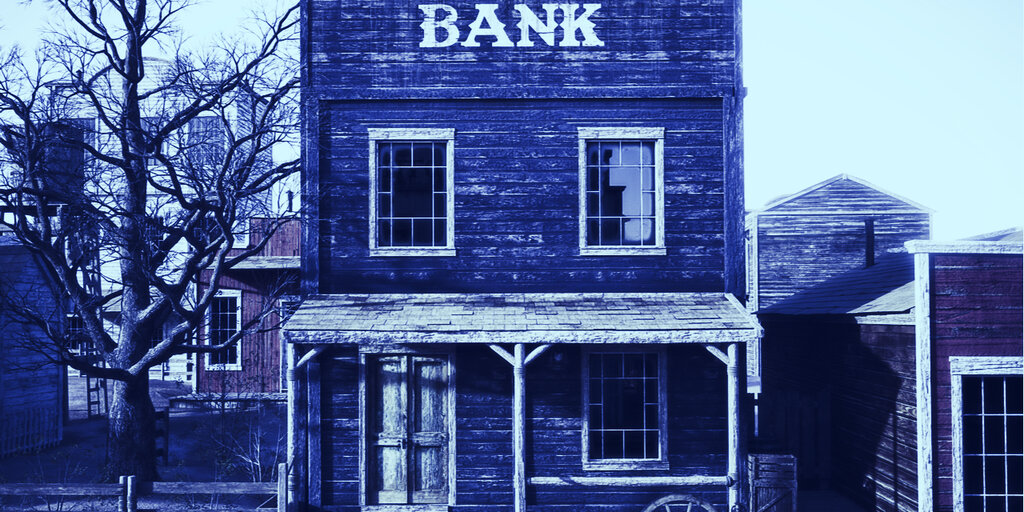 The line between crypto exchange and bank just got even blurrier. Today, the state of Wyoming awarded crypto exchange Kraken a license to create a crypto bank in the state, which it is tentatively calling Kraken Financial.

This makes Kraken the first US crypto exchange to create a bank. Specifically a “Special Purpose Depository Institution,” which means that Kraken can hold custody over digital assets, operate payment systems, and allow customers to easily switch between fiat and crypto.

16. Did I say months? I meant inches. Here it is – in all its glory – I present to you an exclusive copy of @krakenfx’s actual bank charter application! pic.twitter.com/juxesD06DK

Kraken Financial’s customers, currently limited to US residents—and no New Yorkers—could pay bills and receive salaries in cryptocurrency, as well as hold cryptocurrency with the bank, once the bank launches. David Kinitsky, Kraken Financial’s CEO, told Decrypt that the bank “expects to launch this either later this year, but most likely at the beginning of [the first quarter of] 2021.”

Kraken intends to introduce new services, among them crypto debit cards and staking services, over the next few years.

The license comes with a few limitations: Kraken Financial will be a so-called “custody bank,” meaning that it is not allowed to issue loans using customer deposits; Wyoming law requires Kraken to maintain all of its customers’ reserves at all times.

Welcome to Wyoming: the Blockchain State

“Right now, we are prohibited from lending on the US dollar side,” said Kinitsky. “There are some provisions in the statute that enable us to facilitate customer-directed lending of digital assets. And so we would anticipate conducting that type of lending activity,” he said, but Kraken has no plans for fractional reserve lending.

So, how does it make its money? “It’s very traditional,” said Kinitsky. Treasury securities and other assets have yields, though “the US dollar-denominated yield is not so tremendous” right now, he said.

Apart from that, Kraken will take a cut of crypto deposited in its account and will charge fixed fees for services, such as wires and bank-to-bank transactions. “Those are the standard mechanisms for banks to make money outside of lending,” he said. Then: “New products; qualified custody; wealth management [and] other types of asset classes will have new revenue streams as well. But to start, it’s going to be a very standard banking commercial model.”

Kraken, through its new bank, will also remove its reliance on third-party banking infrastructure. Is that a cost-cutting measure? “Yeah, possibly,” he said. “We’ll see.”

That’s relevant because the license will allow Kraken to apply for an account at the Federal Reserve. It “can even seek membership,” Marco Santori, Kraken’s head of legal, tweeted earlier today. “This brings with it solemn responsibilities, plus Fed supervision. It is a powerful tool, and I hope this becomes de rigueur for all applicants.”

But that has the added bonus of potentially giving Kraken direct access to the Fed. And if that happens, then “in theory, they don’t need to rely on other banks for the fiat side of their business,” explained Nic Carter, a partner at Castle Island Ventures. While Kraken would still have a long way to go before it gets there, it could eventually “provide those fiat banking services directly, which is a clear value [proposition],” he told Decrypt.

Santori explained earlier today that the move could also bridge the gap between traditional and crypto finance. “A crypto-focused bank would permit an efficient, transparent and responsible nexus between the traditional financial system and the crypto ecosystem,” he said.

Caitlin Long, a member of Wyoming’s Blockchain Select Committee, added in a tweet that the vote in favor of the license was “unanimous,” and that the process took 27 months.

What a win-win for #crypto & Wyoming! As of **NOW** Kraken has a US bank charter—a 100% reserves-required, audit required (w/ #ProofOfReserves), custody via legal bailment, no #rehypothecation type of bank!

A few months ago, the idea that cryptocurrency companies could become banks was clarified in a public letter in July from the United States Office of the Comptroller of the Currency, an independent bureau within the US treasury, which said that national banks are able to hold custody over cryptocurrency.

But it was Wyoming’s staunch crypto-friendly stance that really paved the way for crypto banks to take form, and it’s been no small feat, according to Carter.

“It matters because Wyoming’s set of laws clarifies the relationships between depositors and institutions in a definite legal manner, which wasn’t really clear before,” he said. “For instance, it wasn’t exactly clear whether client deposits would be claimable by creditors in a liquidation situation. The SPDI law clearly establishes that distinction.”

But the main contribution, he said, was establishing “Wyoming as a crypto-friendly jurisdiction and making some important legal clarifications around the nature of crypto collateral, which I expect other states will adopt too.”