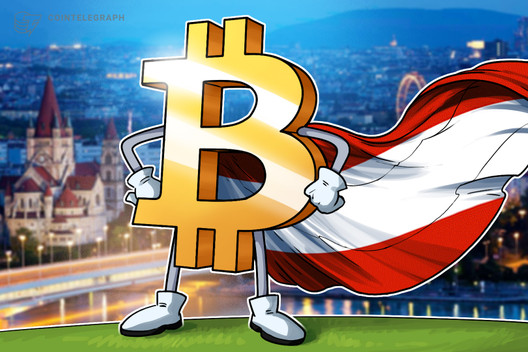 The CEO of Kingdom Trust, a Bitcoin-friendly custodian managing more than $13 billion in assets, believes Bitcoin comprises a digital realization of Austrian economics.

In an interview with Cointelegraph, Radloff said that he first encountered Bitcoin toward the end of 2011, adding that he began “hodling and accumulating shortly after.”

Unlike many early adopters, Radloff stated that it wasn’t the technology underpinning Bitcoin that attracted him to crypto, rather the economic principles that the nascent cryptocurrency embodied.

“For me, what drove to Bitcoin wasn’t the technology at all. […] I had been a student of monetary policy, specifically the Japanese yen. As I started really understanding the construct of how money works, Bitcoin’s monetary supply — the quantitative hardening that it goes through every few years — was my eureka moment more than the blockchain technology element of it,” he said.

“Obviously I love the tech side and I think that it’s incredibly innovative, but what gets me excited about it is these ‘hardening’ elements — it’s really a discussion around Austrian economics versus Keynesian economics,” Radloff added.

Radloff asserts that his “goal in life is not just to advance [Bitcoin], but to make Austrian economics more approachable and understandable to Millennials and Generation Z.”

“If you’re our age, collectively, all we’ve ever known is ‘money printer go brrr’ — that’s all we’ve ever known. Since we were born, we’ve been printing, and nobody’s really ever questioned that. But it’s you look at [past] generations […] it didn’t use to be this way.”

“The idea of a gold standard and an Austrian basis to our economy and market is something that many people are out of touch with that are our age. And Bitcoin is now reopening that dialogue.”

“Bitcoin is the digital manifestation of Austrian economics,” Radloff concluded.

Radloff also argued that Bitcoin is emerging as a digital replacement for the monetary utility traditionally offered by gold, stating:

“In the digital age, [Bitcoin] is taking over gold’s role that it fulfilled for thousands of years. This is why economists that are on the Austrian side of the fence, and people that invest with a kind of Austrian mindset — like the gold and land people — should be excited about Bitcoin and its success.”

Radloff noted that Kingdom Trust’s decision to introduce custody services for Bitcoin was a response to demand from the custodian’s gold-owning customer base, with interest in crypto assets growing among gold holders from 2014 onwards.

Recently, Kingdom Trust announced the launch of a retirement fund that supports cryptocurrencies — among other financial assets.