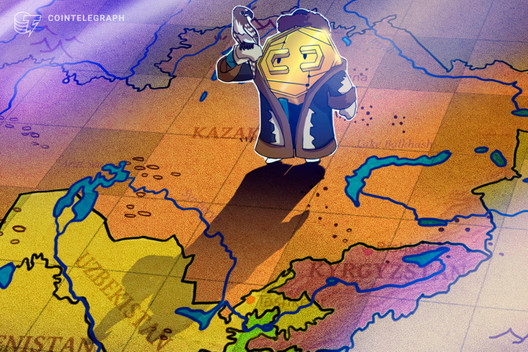 Kazakhstan is aiming to attract nearly $740 million dollars in investment through various crypto industry-related activities over the next three years.

The government of Kazakhstan has set a goal to attract $738 million from investments in cryptocurrency related mining activities over the next three years.

According to the Astana Times on June 16, Kazakhstan’s Minister of Digital Development, Innovation and Aerospace Industry, Askar Zhumagaliyev, revealed the plan in an address to the upper house of the Kazakh Parliament.

Following in the footsteps of the United States and South Korea

During the parliamentary session discussing a possible ban on the issuance and circulation of cryptocurrencies, Zhumagaliyev highlighted the progress of countries like the United States, Sweden, and South Korea in the field of cryptocurrency and digital mining.

He added that this sector was also growing in Kazakhstan as the country currently has 14 cryptocurrency mining farms that have brought approximately $201.7 million of investment.

“According to the report that we have prepared with international experts, we expect another 300 billion tenges (US$738.4 million) in the next three years,” claimed Zhumagaliye.

The bill under discussion during the parliamentary session did not prohibit cryptocurrency mining activities in the country.

In December 2019, Cointelegraph reported that Kazakhstan lawmakers will not be taxing income generated from cryptocurrency mining as tax liabilities were only applicable to the income made in “real money.” This was because Kazakhstan did not consider crypto mining as an entrepreneurial activity but as purely technological progress.

It was also noted that mining farms that used mining hardware to offer crypto mining services were still susceptible for taxation in the same manner as data centers.