JUST IN: Coinbase Down As Bitcoin Crashes Towards $8,000, Halving Fears? 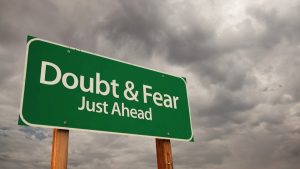 It has happened again.

The skyrocketing price of Bitcoin (BTC) to $10,000 has been halted less than 48 hours to the halving leading to the collapse in Coinbase servers as an influx of sell orders floated on the platform. This is the second time in less than a fortnight that the exchange is fumbling the bag in processing large market movements.

The euphoria that has built up heading into the third halving must be a case of “sell the news” as the price of BTC is collapsing. Currently trading at $8,600, the sharp run towards $10,000 has been stopped in its tracks as the top crypto plummeted by 13% from Saturday’s highs of $9,900.

The dip comes less than 48 hours to BTC’s halving leading to questions on the miner capitulation and what the upcoming halving effects will have on BTC’s price. BTC/USD traded briefly in the $8,100 support levels on Coinbase leading to a crash on the platform as sell orders soared.

Could this be the shakeout before the bull run or a miner capitulation that will push deep into the year post halving? We will keep you updated.